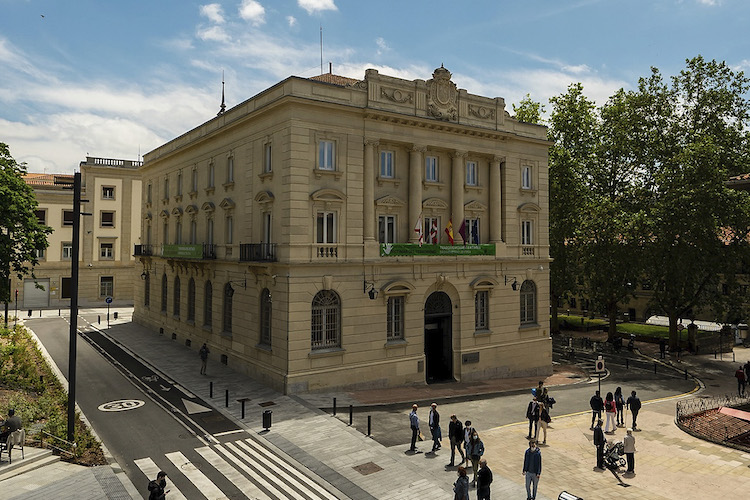 A memorial center in Vitoria, Basque Country, which opened recently, is revealing how ETA treated its casualties, taking away the romantic view that some still view the terrorist organization.

In Basque society, however, there is still a great division, which experts guarantee will only end with time, over the course of the ETA, created in 1959, but which committed most of its crimes during the democratic period in Spain , after the death of the dictator Francisco Franco in 1975.

“To make the victims and their suffering known takes away the romanticism and alters the perception” about ETA, he told the Lusa agency Florencio Dominguez, director of the Memorial Center for the Victims of Terrorism, who is convinced that just 15 or 20 years ago it would not have been possible to build it.

The creation of the memorial was decided in 2014, but the project was stalled due to disagreements between the Spanish central and the Basque regional governments about its focus, until in 2015, the first meeting of the board of directors was held and the center formally started your installation work.

The center was inaugurated last June 2 by the Kings of Spain in a ceremony attended by the Prime Minister, Pedro Sánchez, and Lehendakari (president of the Basque Country), Inigo Urkullu, of the Basque Nationalist Party.

For Florencio Domínguez, many people were left with an image of the group from the times when it was anti-Francoist and did not want to see the terror that ETA spread during the democratic period.

A AND was founded in 1959 as a group promoting Basque culture, having evolved in the late 1960s into a separatist paramilitary organization, fighting for the independence of the historic region of the Basque Country while embracing a revolutionary Marxist-Leninist ideology.

The organization has been classified as a terrorist by the governments of Spain, France, the United Kingdom, the United States of America and the European Union.

The Memorial Center for the Victims of Terrorism is not limited to dealing with the Basque group, and presents testimonies from other terrorist organizations of all the trends responsible for 1,453 fatalities in Spain and also of Spaniards abroad.

According to figures revealed by Memorial, 853 people were murdered by ETA; 290 for ‘jihadist’ terrorism; 92 by the GRAPO (October First Anti-Fascist Resistance Groups, far left); 62 by the far right; 27 by the GAL (Anti-Terrorist Liberation Groups suspected of having committed state terrorism or “dirty war” against ETA); 129 by “other groups”.

“Twenty years ago it would have been impossible to create this memorial, because ETA was still killing,” agrees Ana Leyaristi, sister of Sebastián Leyarti, who was murdered by ETA at the age of 39 in 1988, despite proving unfounded the terrorist organization’s accusations in how he was a drug dealer.

Ana Leyaristi welcomes the fact that the rule of law and its legal instruments have managed to “defeat” ETA, although there are still “many reflexes and tics from the past”.

“I myself know people with whom I don’t feel like getting along, because they aren’t able to look into the past and admit they were wrong,” he said, adding that he rejects the theory that some still take refuge, “claiming that the militants of ETA had no other alternative”.

Ana Leyarsti liked that the people who still live “closed” in small villages throughout the Basque Country, they came to see the Memorial Center for the Victims of Terrorism, in Vitória, but they know that they “will not come”.

The Memorial is divided into four exhibition areas. The first focuses on the history of terrorism in Spain, with reference to the ETA, the GAL, the Spanish Basque Battalion, the GRAPO, among others, as well as the ‘jihadist’ attacks.

Another section deals with terrorists and their surroundings, a third is devoted to the police, judicial, social and political response to violence, and the last is devoted to victims’ memory.

Spain has been particularly hit by several terrorist attacks, in addition to the terror that ETA has spread for more than 50 years.

On March 11, 2004 there was an attack by a ‘jihadist’ cell with coordinated, almost simultaneous attacks on Madrid’s suburban train system, with explosions that killed 193 people and injured 2,050.

Another ‘jihadist’ attack took place in Barcelona, ​​in the region of Catalonia, on 17 August 2017, when a man driving a van purposely ran over several pedestrians on the popular avenue of La Rambla, killing 13 people and injuring more than 100 .

In the section “History of Terrorism” a chronology that goes from 1960 to the present is shown, divided into three periods: the Franco dictatorship, the transition and democracy.

The chronology begins with the murder of Begona Urroz, a 20-month-old baby, in São Sebastião on June 27, 1960, by a militant of the DRIL (Iberian Revolutionary Directorate for Liberation), a revolutionary organization supported by Fidel Castro (Cuban communist dictator). ) who acted between 1959 and 1964 with the aim of overthrowing the fascist dictatorships of António Salazar (Portugal) and Francisco Franco (Spain).

Two of the leaders of this organization were the Portuguese Humberto Delgado — a soldier who led the main attempt to overthrow Salazar, through elections, which he lost in 1958 — and Henrique Galvão — famous for having diverted the Portuguese liner Santa Maria, full of passengers, in 1961.