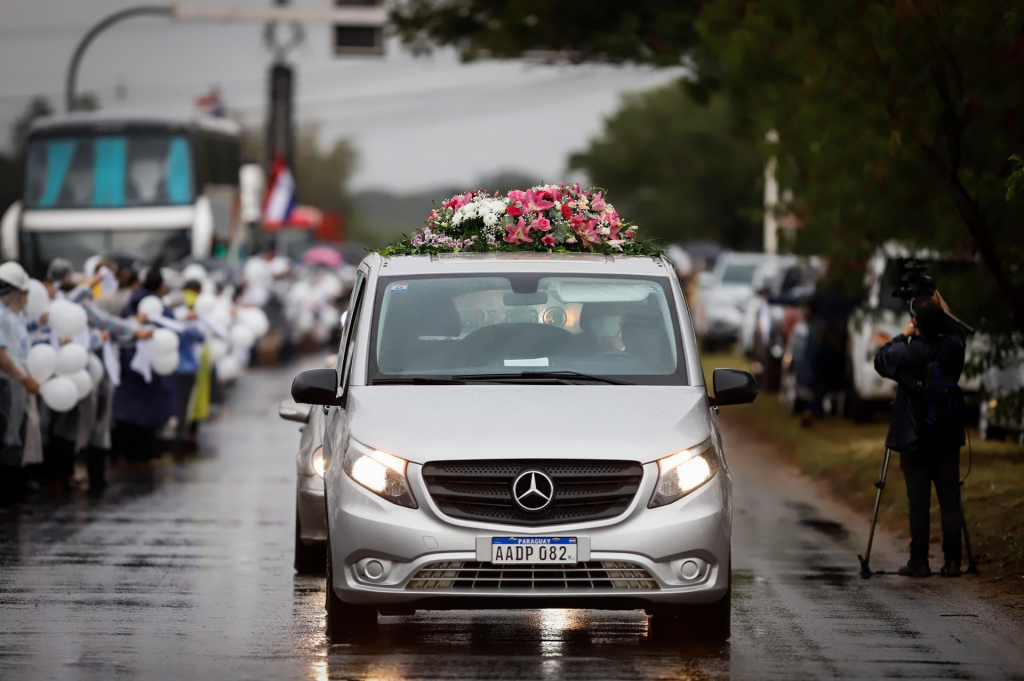 A funeral procession followed the bodies of the sister, brother-in-law and nephews of President Mario Abdo Benítez’s wife, who died in a collapse in the US

The bodies of Sophia López-Moreira, sister of the First Lady of Paraguay, Silvana López-Moreira, her brother-in-law, Luis Pettengill, and the couple’s three children, all victims of the collapse of a building in Yumi-Dade, us USA, on the 24th of June, arrived this Thursday, the 15th, in the city of Asunción to be buried. They were accompanied by a funeral procession leaving Silvio Pettirossi airport. Pettengill Group employees were waiting for victims in the rain with white balloons to say goodbye to the businessman and his relatives. In addition, the body of a sixth Paraguayan victim of the landslide, Leidy Luna Villalba, a 23-year-old nanny brought to the US by her family, arrived in Paraguay on Tuesday morning.

Paraguayan President Mario Abdo Benítez went to Miami with his wife to meet with other relatives who were in the US and arrange for the repatriation of the victims on July 9, shortly after Sophia’s body was found. All Paraguayan victims were identified by July 10th. Searches for the bodies of those missing in the Champlain Towers collapse continue and are expected to complete a month on the 24th. The possibility of finding any survivors was ruled out by the mayor of Miami-Dade earlier this month and Israeli teams sent to assist in the search left the United States next. So far, 97 deaths have been confirmed in the collapse. Among the victims, in addition to North Americans, there are Argentines, Cubans, Uruguayans, Colombians, Chileans, Venezuelans, Paraguayans, Israelis and the son of a Brazilian woman.