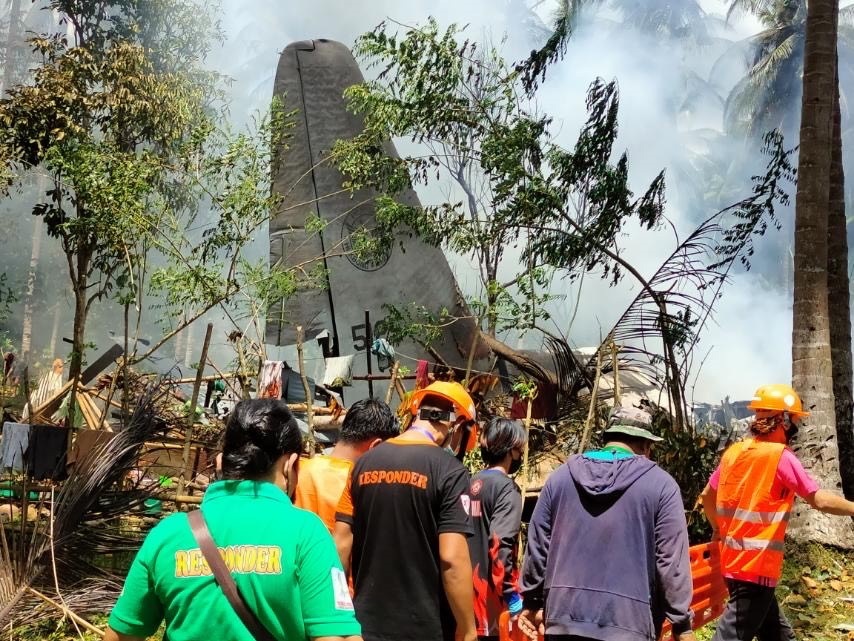 So far, 40 soldiers have been rescued from the wreckage of the aircraft and rescue teams are still searching for other survivors; accident happened this Sunday, 4, when the aircraft was trying to land

EFE / EPA / JTFAircraft had 92 people on board, including three pilots and five crew members

the fall of a aircraft military has so far left at least 17 dead in the Philippines. Case happened this Sunday, 4, when the plane he was trying to land on Joló Island, in Sulu province, in the south of the country. The aircraft had 92 people on board, including three pilots and five crew. So far, 40 soldiers have been rescued from the plane’s wreckage and rescue operations are continuing to search for other survivors, said the country’s Defense Secretary, Delfin Lorenzana. The Lockheed C-130 Hercules was carrying troops for military reinforcement in the Muslim-majority region, which have been fighting armed groups such as those from Abu Sayyaf. There is still no information about the cause of the accident. “The plane lost the runway and was trying to regain power, but it failed and crashed,” said military chief General Cirilito Sobejana. “It’s very unfortunate”, he added. To the Associated Press, an Armed Forces official reported that the runway at Joló airport is shorter, which may have led to the accident.