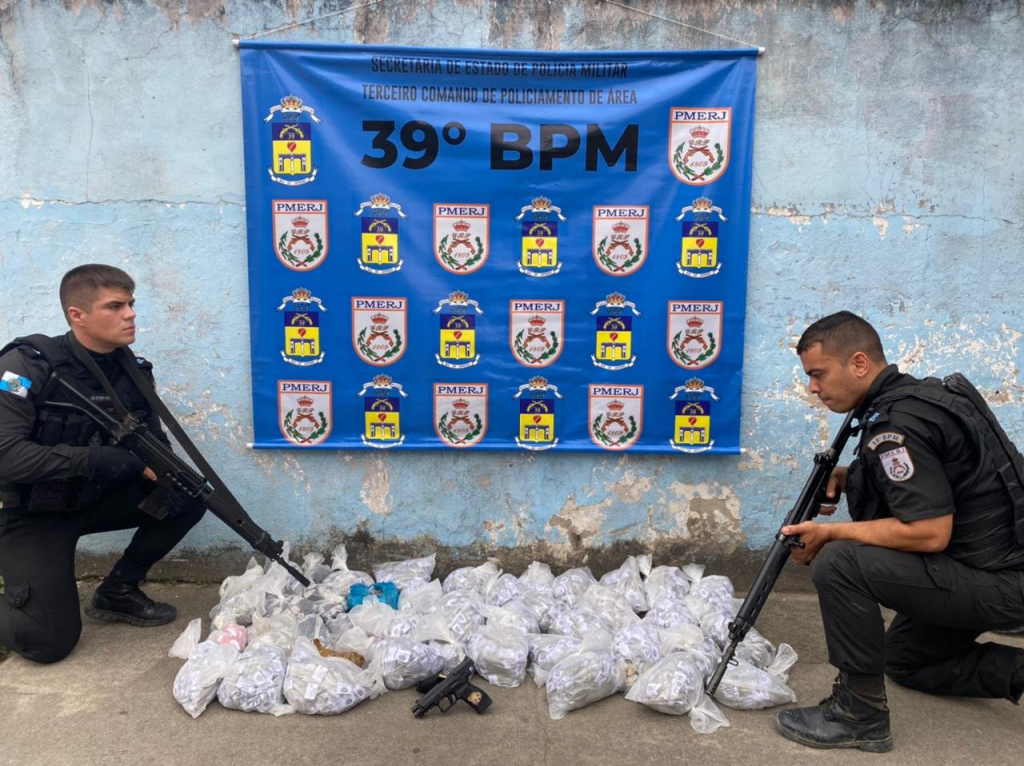 Disclosure/PMRJPolice seized pistol, drugs and radio transmitters in the action

This Saturday morning, 11, the Military police do Rio de Janeiro did a big operation in Community of the Castelar, in the Piam district, in purple Belford, in Baixada Fluminense, two days after announcing that drug dealers are behind the disappearance and death of the boys Alexandre da Silva, 11, Fernando Henrique, 12, and Lucas Matheus, 9, who disappeared in December 2020. In agreement with the corporation, they were killed for stealing a bird. In the PM’s social networks, it was informed that the group that climbed the Community was formed by police officers from the 39th Battalion, 21st, 24th and 34th BPM. The purpose of the operation was to demobilize local trafficking. During the action, a man with an open arrest warrant was arrested with narcotics and a radio transmitter in one of the accesses to Morro do Castelar. The 39th BPM also arrested one criminal and injured another in an exchange of fire. A pistol, drugs and another radio transmitter were seized.