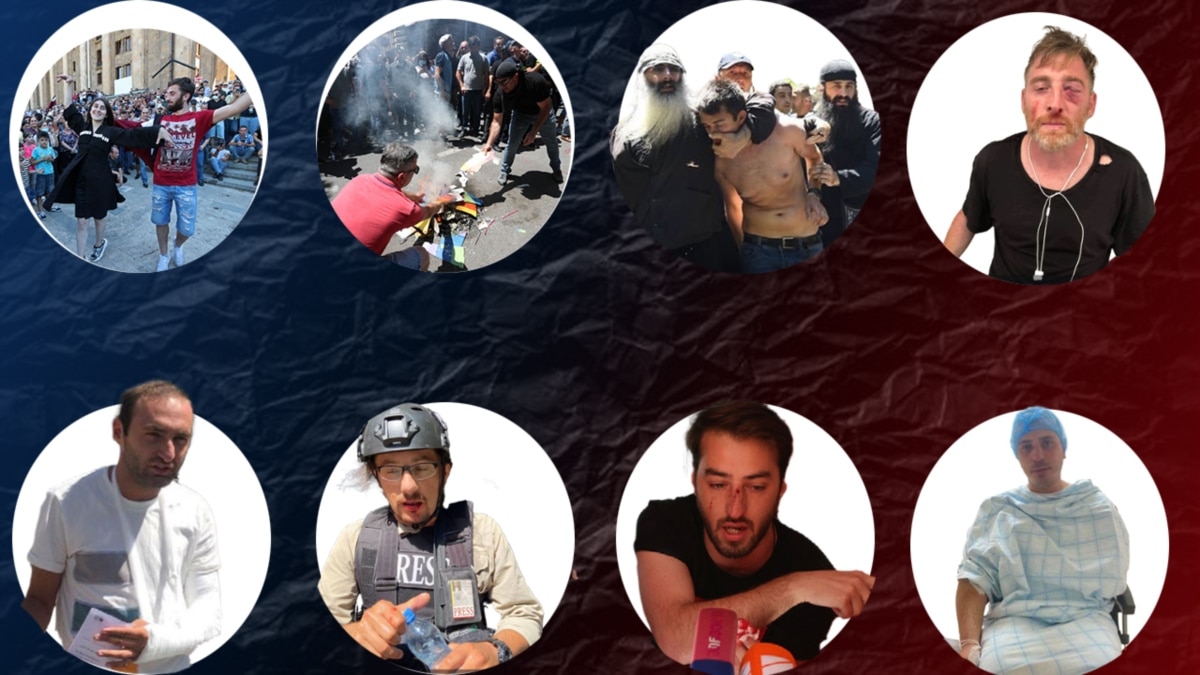 Radical groups disrupted the “March of Dignity” in Tbilisi. Several buildings were ransacked, including the Tbilisi Pride and OSCE buildings. One Polish tourist was wounded, one of the minors was beaten, whose clothes turned out to be unacceptable for radical groups.

According to the information available at the moment, more than 40 journalists are injured, several of them are in critical condition. The operator of “TV Pirveli” has a severe injury on his face and he is in the hospital. Diana Trapaidze, the presenter of “TV Pirveli” said that the injured cameraman is undergoing surgery at the moment.

Protesters abducted Rati Tsverava, a Formula One journalist from the vicinity of Parliament, physically assaulted him, stripped him of his clothes and detained him for several minutes. The journalist was rescued by police, although the attackers have not been arrested yet.