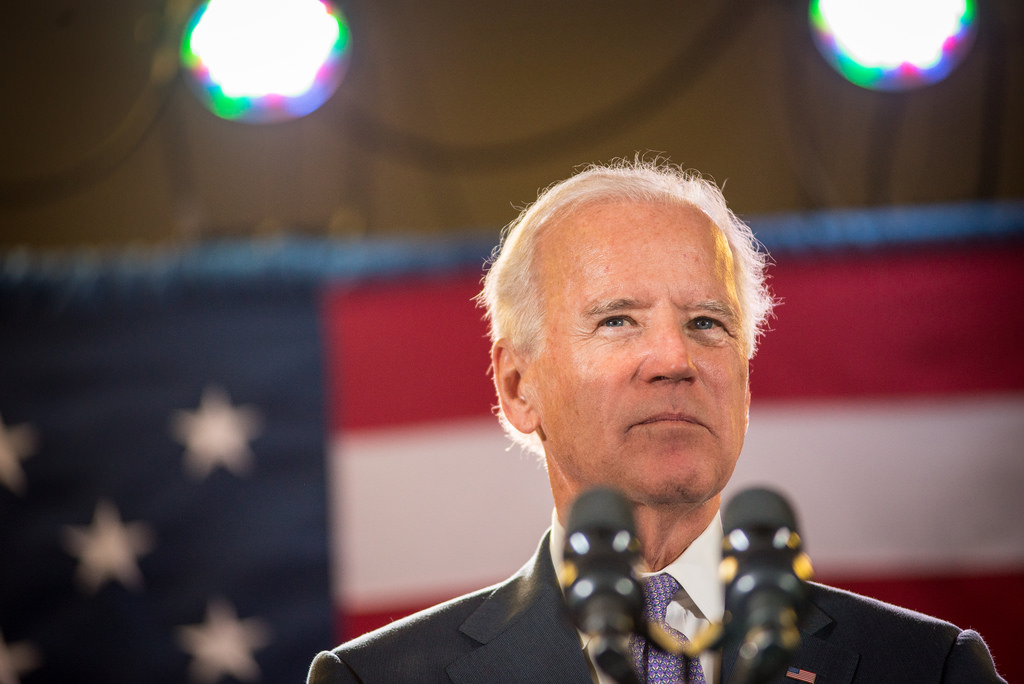 After narrowly avoiding a government shutdown, the US president is dealing with many problems within the Democratic Party due to conflicts between the progressive and moderate wings over two laws fundamental to his economic agenda.

Joe Biden is in trouble – and this time it’s not just the Republicans who are at the root of his problems.

After having seen a break in pass rate with the departure of US troops from Afghanistan and the chaos that ensued with the return of the Taliban to power and with the diplomatic clashes caused by the AUKUS pact, Biden’s internal politics have also seen better days.

Between the infrastructure law, the budget law, blockades within the party itself and the fear that the US may fail to pay the debt, these days the Biden administration is living the most complicated phase of the term so far, and the president’s capacity for conciliation and negotiation is being put to the test.

This week’s first trial by fire was successfully passed. One of the biggest threats to the economy, not only the North American but also the global one, was the possibility of the United States fail to pay debts already in October, which would be unprecedented.

US entry into another shutdown from the government that has been talked about in recent days is now off the table after Senate Democratic leader Chuck Schumer announced that he had reached an interim budget agreement with Republican minority leader Mitch McConnell and avoided them as soon as possible. public agencies go unfunded and employees go unpaid.

Biden signed the new budget law mere hours before the deadline, which was midnight on Thursday. The law defined the government funding until December 3rd and lifted the limit on the US borrowing capacity so that the White House could continue to pay off debts that had been incurred over the past year on time.

The proposal was being blocked by the Republicans because they were not happy with the plan to raise the debt ceiling, but the parties eventually managed to reach an agreement.

This initial Republican opposition to raising the debt limit is not the party’s normal position, having already submitted three similar proposals during Donald Trump’s term, which were approved by the Democrats.

However, when Trump’s latest law lapsed in August, Mitch McConnell immediately warned that was going to oppose a similar proposal coming from the Democrats, despite the fact that almost all the debt contracted in the last year is related to decisions of the previous President.

Recall that the Senate Republican leader has previously stated that 100% of his focus is on blocking Biden’s agenda, so this position is not surprising.

If the law had not passed, public agencies ran the risk of running out of budgets in a few days and employees would stay at home without receiving or would be forced to continue working without pay. – similarly to what happened in the shutdown longest ever during the Trump Administration, when the President was trying to force approval of funding for the wall on the Mexican border.

If the debt limit had not been raised, the Treasury Department could have ran out of funds to pay off the country’s debts from mid-October, which could have repercussions on the world economy. Fortunately, Biden barely escaped.

The stones in the shoe are also dressed in blue

But Republicans aren’t the only ones causing Joe Biden trouble. The White House wants to move forward with two big packages of legislation which are important pieces on its political agenda – the billion-dollar infrastructure bill and a 3.5 billion social investment package – but are facing blockages within the Democrats.

Nancy Pelosi, the leader of the House of Representatives and also a Democrat, has already announced that she has postponed the vote on the infrastructure bill, which should have been yesterday, due to opposition from the progressive wing of the party, which is refuses to give favorable votes as long as they do not have guarantees that the package of social measures will also be approved.

Pelosi was also initially a supporter of this idea, but ended up giving in and scheduling the vote due to two Senators who refuse to approve the pact of social measures.

The law of infrastructures has already been approved in the Senate after months of negotiations, Biden achieved a rare union between Republicans and Democrats, even with Trump backstage trying to sabotage the vote. But difficulties were already expected in negotiations in the House of Representatives.

“We’ve already made a lot of progress this week and we’re closer to an agreement than we’ve ever been. But we’re not there yet so we’re going to need additional time to finish the job, starting tomorrow morning,” White House spokeswoman Jen Psaki said yesterday after Pelosi’s announcement, thus having another day to try to negotiate.

The party claims the stalemate is temporary, but the delays once again demonstrate complications in the negotiations, especially as more conservative Democratic Senators Kyrsten Sinema and Joe Manchin have refused to vote for the package of social measures that progressive representatives want to see approved before the law on infrastructure, claiming that the cost of the law is too high.

These two votes are essential, as the Senate currently has 50 Democrats and 50 Republicans and all votes count, even requiring the intervention of Vice President Kamala Harris to break the tie.

So this is a stretch of the rope between more progressive and more conservative members within the Democrats – and patience is already running out as both laws are essential to economic and climate vision of Biden and for the President to fulfill electoral promises.

Sinema and Manchin now have the future of the party’s agenda in their hands and could possibly influence the mid-term election results next year if they refuse to approve social measures. Other party members are frustrated and who know what the demands of the two Senators are and what value they want for the law.

“We just need to know what the number is, right? The House of Representatives will remain united. we need to know a number of a Senator and I think we are going to make it very clear that this is what is holding everything back,” said Ro Khanna, Democratic representative of the progressive wing.

The White House there is trying to reach a consensus. Sinema met with Biden once and twice with advisers to the President on Tuesday, with Manchin also speaking with the Head of State for more than an hour on the same day.

Since the summer, Sinema has been to the White House ten times, but CNN points out that there are still many areas of contention and that everything continues in cod waters.