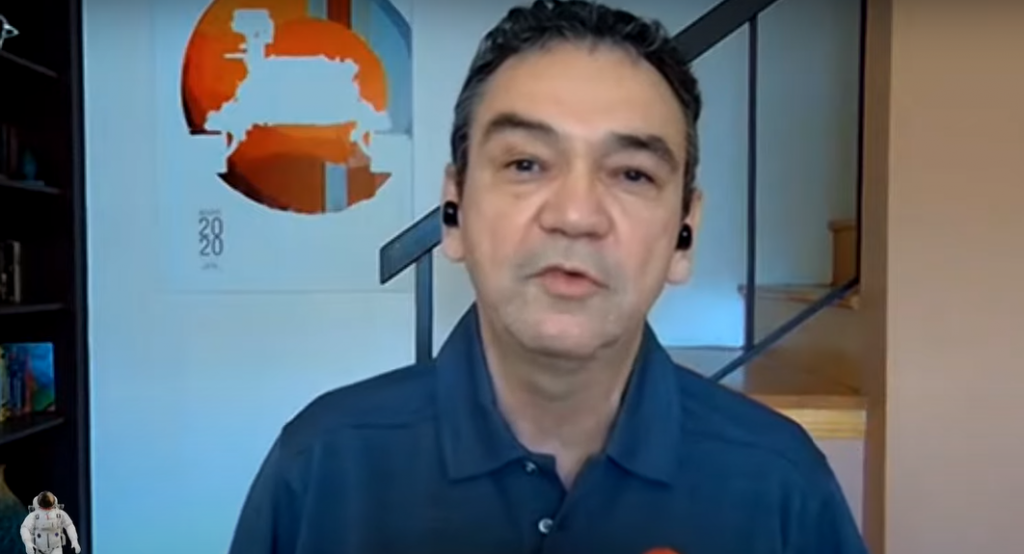 In an interview with Panico, Ivair Gontijo praised space tourism: ‘More money and more jobs in the area’

Reproduction/PanicBefore embarking on a career as a scientist, Ivair Gontijo took care of a farm in the north of Minas Gerais, where he grew up

Recently, billionaires like Elon Musk, owner of the company Tesla, are investing money in scientific studies that make space tourism possible. In February of this year, Musk said he planned to hold the first tourist mission as early as 2021, in the fourth quarter. This Friday, the 16th, the program Panic received Ivair Gontijo, a Brazilian scientist who works at the research center on Mars at NASA. Ivair stated that he believes in the possibility of space tourism propagated by Musk and that it can even bring great benefits to the scientific class. “Tourism is already happening, it is certainly possible. These flights that are taking place are suborbital, they don’t go into orbit, but they spend five minutes in a free fall region, so people don’t feel gravity. For us engineers, it’s wonderful. It’s great to see this happening because it’s more money, more business and more jobs in this area for those who like it.”

Ivair is from Minas Gerais and graduated in Physics. With specializations in Optics and Electrical Engineering in Scotland, the scientist said that joining NASA was not easy and required many attempts over the years. “I knocked on the door and it wasn’t the first, the second, or the third, but we have to keep trying. At Nasa there is no selection process. I sent out résumés, spoke through referrals and never got a response. Things happened when I was recruited. One of the managers found my resume on a fiber optic website. He said he was looking for someone exactly with my profile. We have to try everything, something happens in the end. Good things happen, but we have to keep insisting.”

In 2018, Ivair released the book ‘On the Way to Mars’, winner of the tortoise award, which talks about his life trajectory until his professional experience at NASA. The scientist does not rule out the possibility of the existence of conditions that make it possible to live on Mars. “What we want is to look for genuinely Martian organic material. Maybe one day Mars will be our human home? The chance that there are planets with conditions similar to Earth is great, the problem is the distance, so communication and contact are very difficult.”

Check out the full interview with Ivair Gontijo: