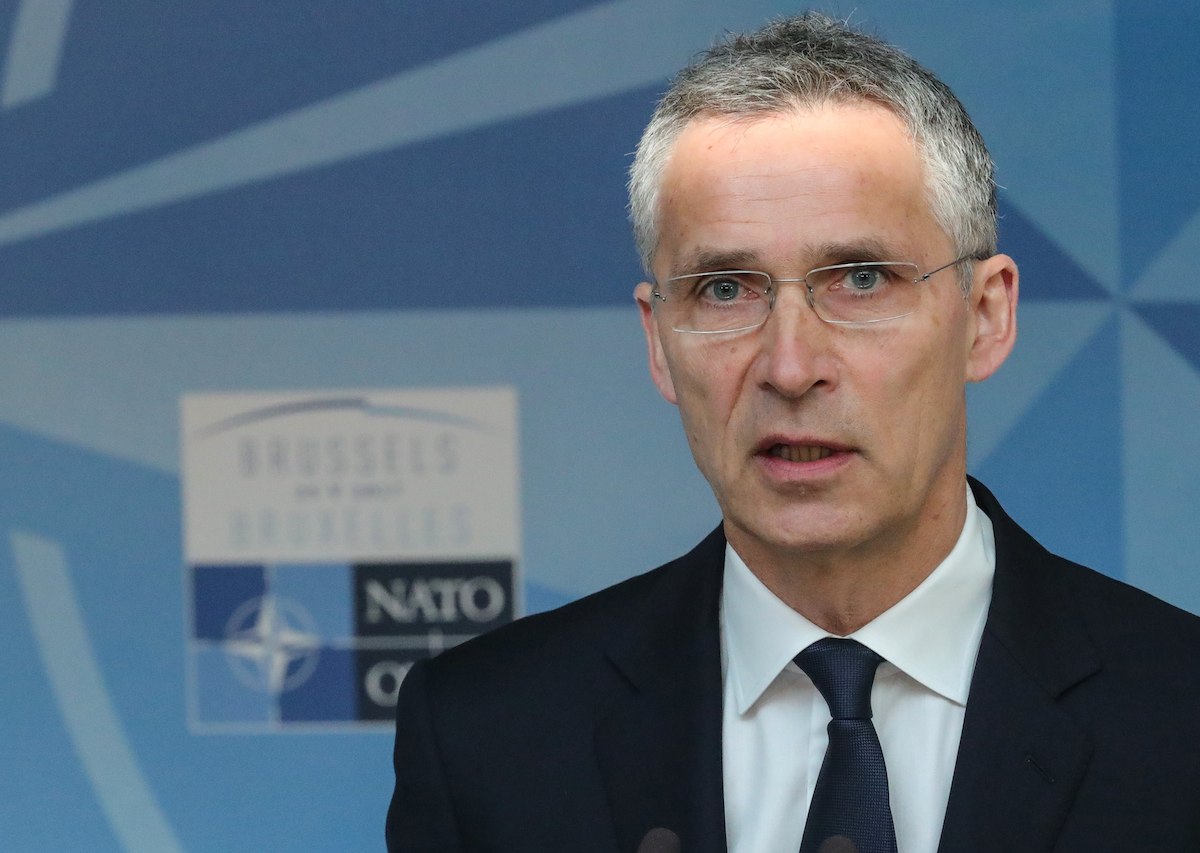 The NATO secretary general announced on Wednesday that Alliance troops will begin to leave Afghanistan on May 1, envisaging total withdrawal from the country in the months ahead.

“In view of the United States’ decision to leave [do Afeganistão], the NATO Foreign and Defense Ministers discussed this Wednesday the way forward and decided that we will begin the withdrawal of forces of NATO’s ‘Resolute Support’ mission on May 1, ”announced Jens Stoltenberg.

The secretary general of the North Atlantic Treaty Organization (NATO) was speaking at a press conference in Brussels, with the US secretary of state, Antony Blinken, and the secretary of defense, Lloyd Austin, after a session of the Atlantic Council North, urgently convened by the United States and attended by the Alliance’s Ministers of Foreign Affairs and Defense.

In a statement almost synchronized with that of the President of the United States, Joe Biden, who announced a few minutes before US soldiers will withdraw from Afghanistan until september 11, Stoltenberg indicated that the departure of troops will be done in an “orderly, coordinated and deliberate.”

“We expect to complete the withdrawal of all of our troops within a few months. Any attack by the Taliban on our forces during this period will have a vigorous response, ”said Stoltenberg.

The secretary-general of the Alliance also stressed that the departure of Alliance troops is linked to the decision that NATO went to Afghanistan “together, adjusted its stance jointly and will leave together”.

Stoltenberg acknowledged, however, that leaving Afghanistan it was not “an easy choice” and “creates risks”, but he stressed that this is not the end of NATO’s “relationship” with the country, but rather the beginning “of a new chapter”.

“NATO allies and partners will remain with the Afghan people. But now it is up to the people to build a sustainable peace, which puts an end to violence, safeguards the human rights of all Afghans – in particular women, children and minorities – respects the rule of law, and ensures that Afghanistan does not again becomes a safe haven for terrorists ”, he stressed.

Joe Biden announced on Wednesday that US troops will leave Afghanistan until September 11, before the twentieth anniversary of the attacks in the United States that motivated this intervention.

“It’s time to end the longest American war. It is time for American soldiers to return home, ”said the head of state from the White House, quoted by German wave.

“A terrible attack 20 years ago (…) cannot explain why we should remain there in 2021. (…) We cannot continue the cycle of extending or expanding our military presence in Afghanistan in the hope of creating the ideal conditions for our withdrawal, with a view to a different result ”, he said.

“I am the fourth American President to preside while US troops remain in Afghanistan. Two Republicans. Two Democrats. I will not pass this responsibility on to a fifth President, ”he concluded.

The decision was applauded by several figures of American politics, but there were also those who considered that this decision could encourage insurgencies of the jihadists, adds the DW.

Despite withdrawing troops from Afghanistan, as the former Trump Administration had agreed in February 2020 with the Taliban, the United States does not meet the date stipulated in that understanding, which dictated that the withdrawal of troops would have to take place by 1 May.

In response, Taliban have already threatened to boycott all peace negotiations with the Afghan Government – taking place in Doha – and resume attacks on international troops if the United States fails to live up to the agreement.

According to Público newspaper, currently, Portugal has 118 soldiers integrated into the 6th National Force Detached to Afghanistan, which, under the ‘Resolute Support’ mission, has the responsibility for the security of Hamid Karzai International Airport in Kabul.

Portuguese participation in this Alliance mission began in 2002, with more than 4,500 Portuguese military personnel in Afghanistan.

“With this withdrawal, we conclude a important and prolonged Portuguese contribution in the fight against terrorism. Important progress has been made in Afghanistan in terms of stability and security, as well as in terms of social development, including in particular women’s rights and access to education for girls ”, reads the joint statement from the Ministries of Defense and Foreign Affairs, quoted by Jornal Económico.

NATO became involved in Afghanistan in 2001, after the Allies invoked, on September 12 and for the first time in Alliance history, Article 5 of the North Atlantic Treaty – the principle of collective defense, which states that an attack on one or more of the NATO members is considered an attack on all.

In August 2003, the Alliance took command of a military mission called the International Security Assistance Force (ISAF), mandated by the UN. Run by NATO until the end of 2014, it became the longest mission in the history of the Alliance and mobilized, at its peak, 130,000 military personnel on the ground.

Since the beginning of the war in Afghanistan, an estimated 3500 NATO soldiers have died, of whom 2400 were Americans.