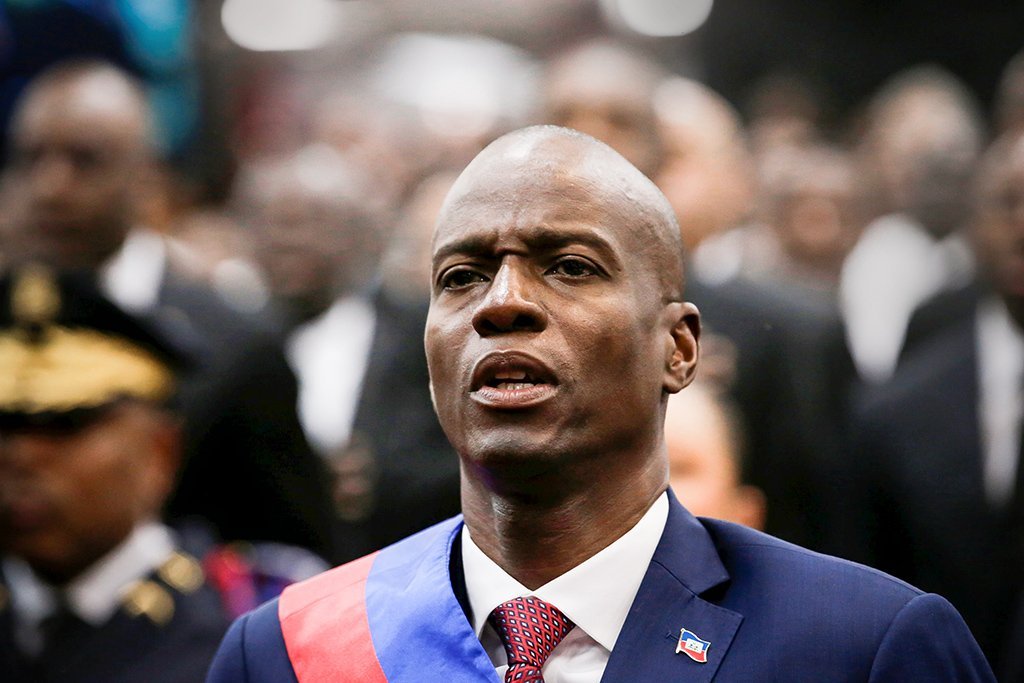 O Haiti will have this tuesday, 20, a new government led by Ariel Henry as prime minister – whom President Jovenel Moise had named two days before he was assassinated -, thehad the interim prime minister, Claude Joseph, agree to step down from power, “for the good of the country”.

The agreement ends a power struggle between the two men, who have been vying for international and domestic support for their claims to the position, and neutralizes a turbulent political crisis in the Caribbean country since the president’s assassination, on the 7th.

Joseph claimed that Henry, a 71-year-old neurosurgeon, had not yet been sworn in for the position and had no right to be the interim leader. Shortly after Moise’s assassination, Joseph declared himself in charge of the country and declared a state of emergency.

The power struggle has sparked a political crisis that has confused constitutional experts and diplomats worried about a broad social collapse that could spark violence or drive Haitians to flee the country en masse, as they did after natural disasters, coups or other periods of profound instability .

Joseph’s decision was made amid pressure from foreign countries, including the United States, which has long exerted enormous influence in the country. Over the weekend, Henry’s claim was supported by ambassadors from Brazil USA, Germany, Canada, Spain, France, European Union, as well as the Special Representative of the Organization of American States (OAS) and the Special Representative of the Secretary General of the HIM-HER-IT. In a statement, the group on Saturday called for “the formation of a consensual and inclusive government”.

“For this purpose, (the group) earnestly encourages Prime Minister-designate Ariel Henry to continue the mission entrusted to him to form this government,” added the ambassadors.

The US celebrated the news yesterday and called for the creation of an “inclusive” coalition that will bring stability to the country. “We are excited to see Haitian political and civil actors working to form a unity government that can stabilize the country and lay the groundwork for free and fair elections,” said State Department spokesman Ned Price.

Haitian civil society members have in recent days harshly criticized the international community for supporting Henry and insisted on the creation of a new interim government detached from Haiti’s traditional political parties. Many had asked for Moise’s resignation, claiming he was allied with the violent gangs that had terrorized the country, and said they would not recognize an interim leader appointed by Moise.

The new government, which faces multiple challenges due to the current institutional and security crisis in the country, will have the task of organizing elections as quickly as possible. Moise ruled Haiti by decree after the 2018 legislative elections were postponed due to disputes, and so far the country does not have an incumbent legislature.

In addition to presidential, parliamentary and local elections, Haiti is expected to hold a constitutional referendum in September, after consultation was postponed twice by the coronavirus pandemic.

The funeral of Moise, murdered at age 53 by an armed commando, will be held on Friday. His wife, Martine Moise injured in the same attack, returned Saturday for a funeral in Port-au-Prince after recovering in a Miami hospital.

The investigation into the Moise murder continues, with technical support from the US federal police, the FBI, and Colombia.

Haitian police have arrested about 20 retired Colombian military personnel working as mercenaries and claim to have uncovered a plot organized by a group of Haitians, including a currently wanted former senator and a Florida-based medical pastor.

However, there are many doubts, especially about the possible complicity of Haitian authorities in the attack, which would explain the apparent ease with which the command carried out its mission.

On Friday, Colombian police identified former Haitian Ministry of Justice official Joseph Felix Badio as directly responsible for ordering Colombian mercenaries to kill Moise. According to General Jorge Luis Vargas, head of the Colombian National Police, Badio had met with two mercenaries – Duberney “Capador” and Germán Rivera, the first was killed and the second is in prison – to say that his mission was to capture Moise, but three days before the operation I told them they had to assassinate the president.

According to Vargas, Badio worked in the fight against corruption together with the Haitian intelligence service. The investigation has not yet determined whether Badio acted on orders or why he decided to kill the president. The mercenaries claim they had been hired with a mission to arrest Moise and turn him over to the US Drug Enforcement Agency (DEA).