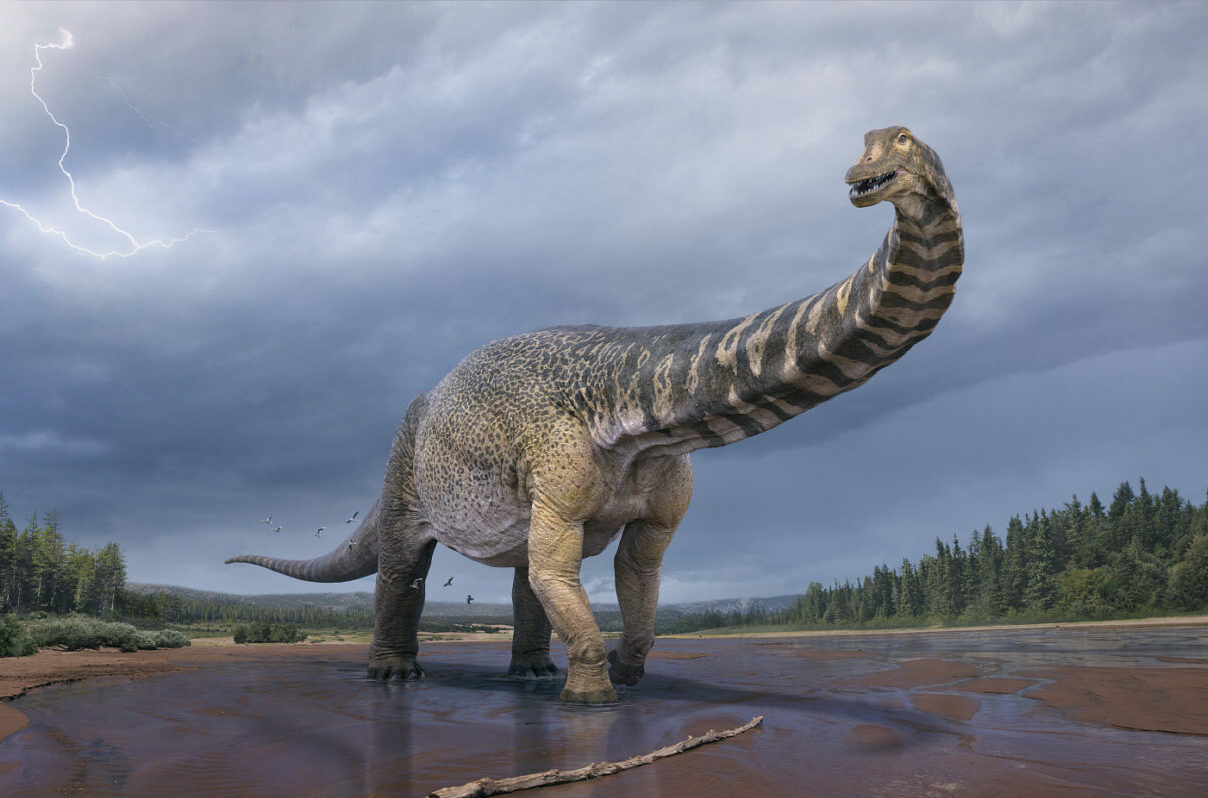 A huge dinosaur whose fossils were discovered in Australia in 2006 has been positively identified as a specimen of a new species, called Australotitan cooperensis, being one of the largest animals known to have lived on earth.

This dinosaur belongs to the group titanosaur, who lived nearly 100 million years ago. Specimens of this group of long-necked dinosaurs and herbivores have been found on every continent.

“If limb size comparisons are anything to go by, this new titanosaur is among the five biggest in the world“, said Robyn Mackenzie of the Eromanga Natural History Museum in the state of Queensland (northeast).

The fossilized bones were discovered in 2006 on a family farm about a thousand kilometers west of Brisbane in the Eromanga Basin, and the skeleton was named after “Cooper” in honor of a river in that state.

The discovery was initially kept secret as investigators worked patiently on the excavation. The skeleton was first exposed to the public in 2007.

Scott Hocknull, a paleontologist at the Queensland Museum, explained that confirming that Cooper was a new species was the result of a “very long and tedious process”.

The investigation, which involved 3D comparisons of “Cooper’s” bones with those of his closest cousins, was published Monday in the scientific journal PeerJ.

Many other dinosaur bones were found in the same area, Hocknull said, adding that more digging was needed. “Discoveries like these are just the tip of the iceberg,” he said.

The biggest dinosaur known to date is the Patagotitan mayorum, the “Patagonian Titan”, discovered in Argentina in 2017.

Paleontologists estimated that it could weigh about 70 tons, the equivalent of about 10 African elephants, and measure about 37 meters in length and eight meters in height.