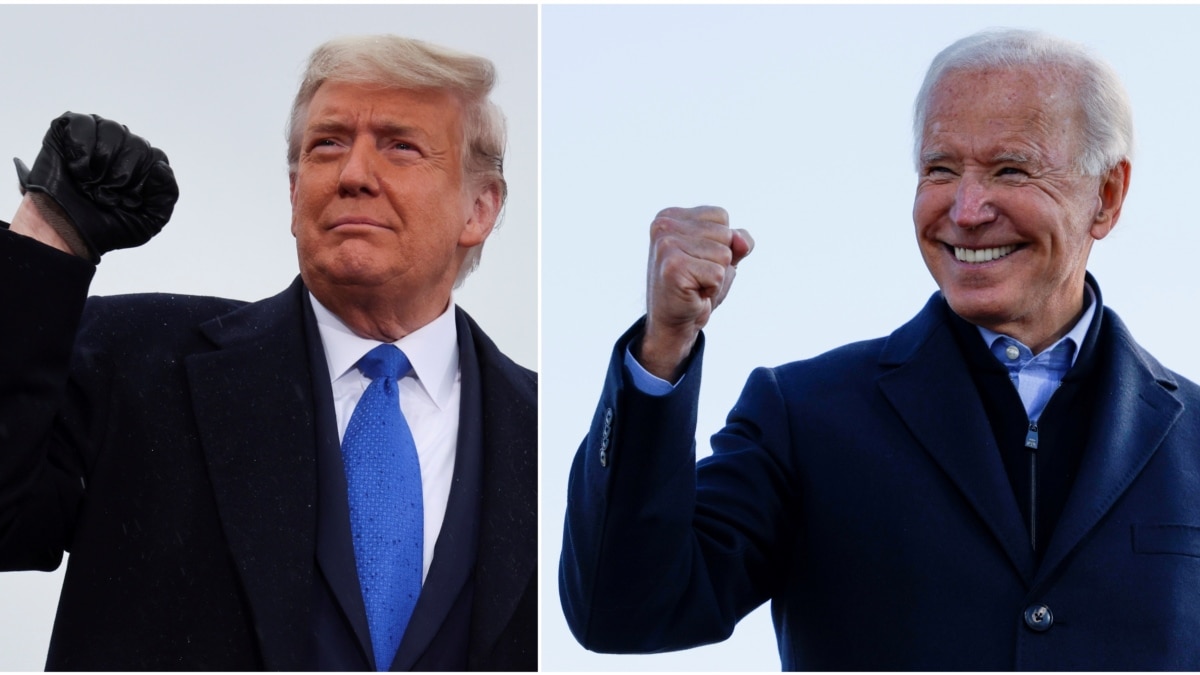 President Donald Trump, in his New Year’s greetings, spoke mainly of the achievements of his presidency during what he called “historic victories.” On New Year’s Eve, President-elect Joe Biden’s messages were saturated with optimistic messages for 2021.

For weeks, Trump claimed he would win the fight to stay in the White House Oval Office. “Now we have to remember what was done,” the US president said in a video posted on Twitter.

Donald Trump, who has not yet formally conceded defeat to a Democratic candidate in the presidential election, returned from Washington to Washington prematurely. President Trump usually celebrates Christmas with his family in Florida. The president, who has returned to Washington, has work on important issues – the defense bill and the coronavirus-stimulated economic stimulus package, which are being discussed in the US Supreme Legislature.

The president-elect met for Christmas in his hometown of Delaware. In his New Year’s address, he paid tribute to the paramedics killed in the battle against the pandemic and called on Americans to get vaccinated whenever possible.

“I am absolutely convinced that we will definitely come back and come back stronger than we have ever been before,” said Biden, whose inauguration will take place on January 20.

Biden reiterated his call for faster distribution of vaccines.

President Trump also spoke about vaccines in his New Year’s address. He noted that the United States had developed the Covid-19 vaccine in record time. He also said he was right when he said the vaccine would be available by the end of 2020. Earlier, however, President Trump downplayed the severity of the pandemic and criticized the science statement about the real danger.

The United States is among the countries most affected by the pandemic. According to official figures, Covid-19 killed more than 340,000 people in the country.

The Republican president has often criticized Republican congressmen and senators in recent days. Primarily because they did not support President Trump when he claimed election fraud. And second – at the end of the year, Republican lawmakers rejected his request for both a defense bill and another pandemic package for the pandemic.

Mitch McConnell, the Republican leader in the Senate majority, still did not support increasing individual financial assistance to Americans. “Socialism for the rich,” McConnell called President Trump’s demand that Americans receive $ 2,000 in aid instead of $ 600. The bill, passed by the Democrat-controlled House of Representatives, was passed Monday.

The Republican leader of the majority also does not share the president’s views on the Defense Authorization Act, which was vetoed by Donald Trump.

However, Missouri Sen. Josh Howell says he will oppose Joe Biden’s victory when Congress formally counts the votes of the Electoral College on Jan. 6. This may lead to a long debate in the Senate, although there is no possibility of changing the results at this stage.

Some Republican senators supported the president’s initiative to get $ 2,000 instead of $ 600 in aid to Americans. The next tranche of $ 600 in aid to many American bank accounts has already been settled. Proponents of her case have been working to make the actual transcript of this statement available online. The second round of elections there will be held on January 5, and it is this vote that will determine which party will have a majority in the Senate.