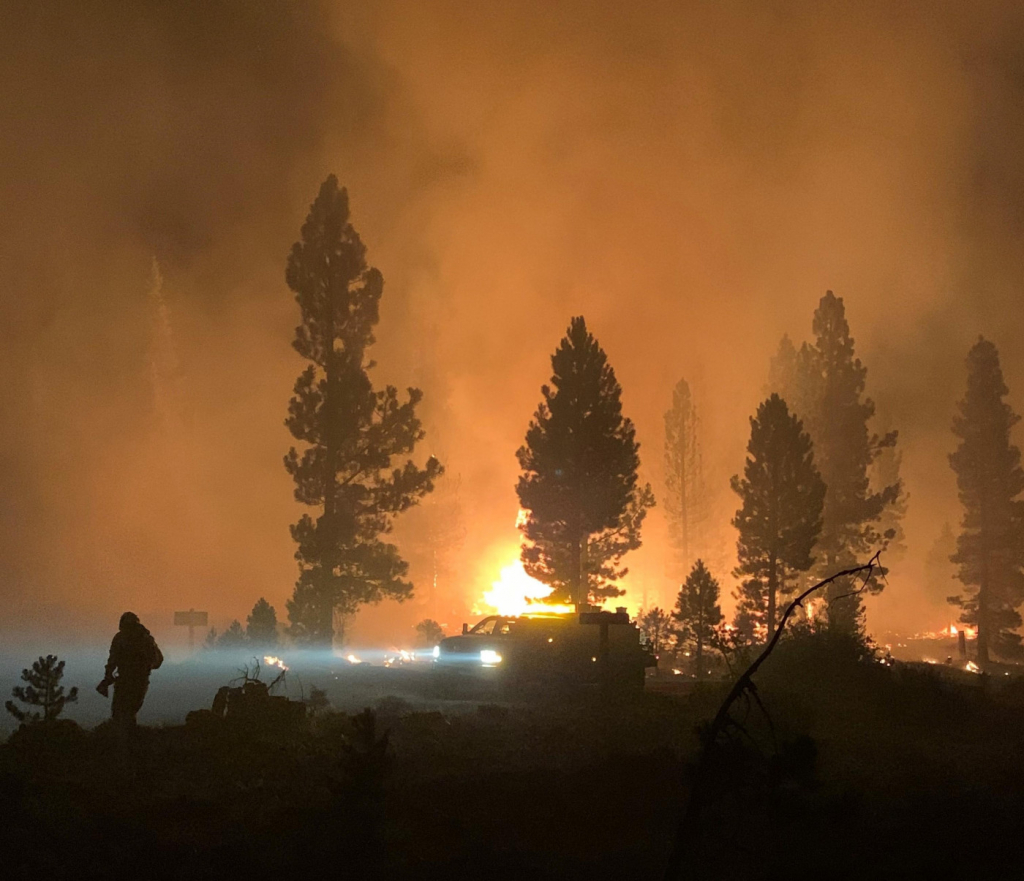 Dense fog is a result of massive fires in western Canada and the US, hitting California, Nevada and Oregon, as well as the Canadian province of Ontario

EFE/EPA/US FOREST SERVICESeveral large fires have been raging for days in California, Nevada and Oregon

Several cities east of the USA e do Canada were covered by gray fog and the smell of smoke this Tuesday, 20. The dense fog is a result of the big fires in the west of the two countries. The State Environmental Protection Services Nova York they even issued an air quality alert. It is not uncommon for smoke from fires to travel from the west coast to the east, but it is generally very high in the atmosphere and does not affect air quality. This time, however, the smoke is lower than normal. According to a spokesman for the national meteorological service of the United States, the phenomenon should disappear on Wednesday, 21, when the arrival of a cold front in the New York region is expected. Several large fires have been raging for days in California, Nevada and Oregon. In Ontario, Canada’s most populous province, more than 2,000 people have been evacuated in recent days amid more than 200 active fires in the region.