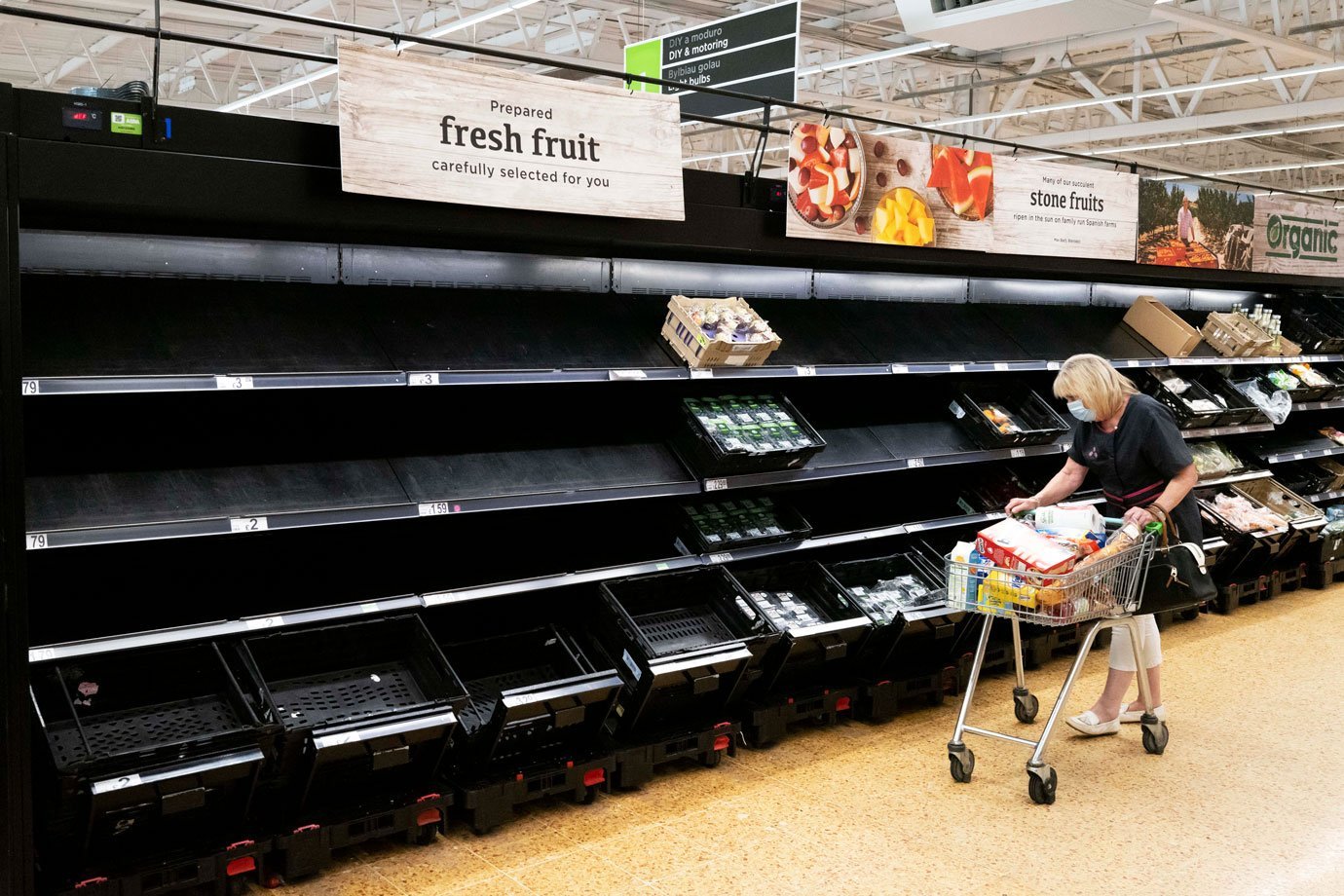 Supermarkets with empty shelves, pubs without beer, McDonald’s sem milk-shake, KFC no chicken. This may look like a movie scene but it’s actually the new reality of United Kingdom. With the scarcity of products and services increasing every day, the country is going through a crisis that goes far beyond what can be seen on the shelves – or lack of it – affecting an entire supply chain.

Job vacancies grew 20% compared to the pre-pandemic level. The need for manpower has reached almost every profession, including computer programmers, health assistants and agricultural workers — as it is a key time for crops and food is rotting in the fields.

However, the UK also has nearly 250,000 more unemployed than before the pandemic. And that’s not counting the roughly one million people who are still on leave — not working or working part-time while receiving government wage subsidies. Many will likely lose their jobs when the program ends this month.

The job market is at an impasse: Employers have vacancies to fill and many people are looking for work, but the vacancies don’t match what people are prepared or want to do. The United States is experiencing the same problem and is already threatening President Biden’s massive infrastructure construction plans.

Empty shelves: problem has become part of everyday life in the UK.

But what is the explanation for this scenario? For experts, it is a combination of Brexit and the pandemic, which ended up contributing to the shortage of workers and introduced new trade barriers with the European Union.

The pandemic pressured food producers and restaurants to find workers. In recent months, staff shortages have been reinforced by UK rules — which were dropped last week — that require people to isolate themselves if they come into contact with someone who has been infected with the coronavirus.

Even without this rule, other factors show that the problem has not disappeared, such as the lack of truck drivers that contributed to the interruption in the supply of products. According to the Road Haulage Association, the UK lacks around 100,000 truck drivers, 20,000 of whom are EU citizens who left the country after Brexit.

To get around this obstacle, each company tries to find a way out. Retailer Tesco, for example, has been offering truck drivers a £1,000 membership bonus. Morrisons said it is working to train employees who can become truck drivers.

And companies have already started to feel the impacts. August production data, released by IHS Markit, showed a sharp slowdown in the UK economy. Companies reported widespread restrictions on business activity due to staff shortages and supply chain problems, with problems particularly in the manufacturing and service sectors.

“The survey analysis suggested that the incidences of reduced production due to shortages of personnel or materials were 14 times higher than normal and the highest since the survey began in January 1998,” said IHS Markit.

Achieve your financial freedom and learn to save and invest