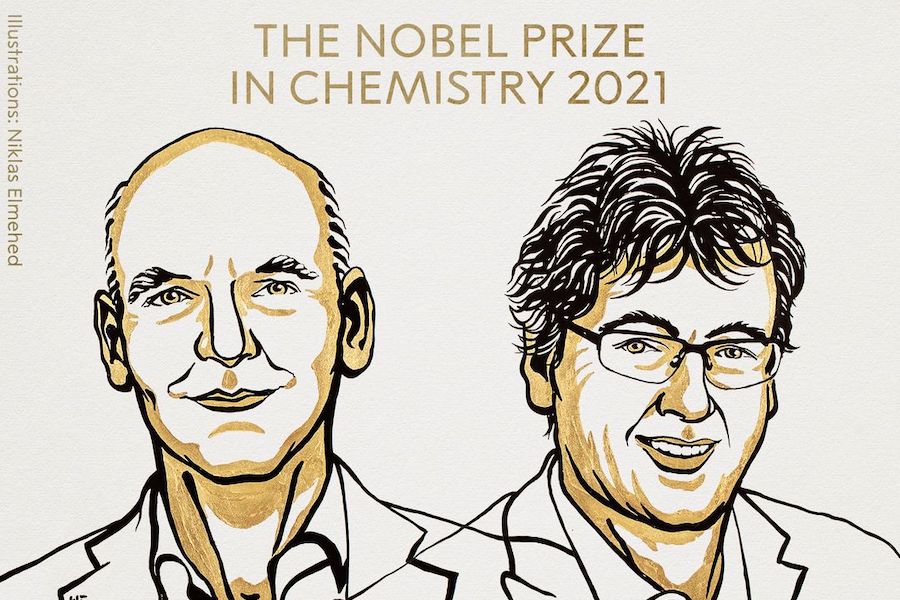 The Royal Swedish Academy of Sciences announced this Wednesday that the Nobel Prize in Chemistry 2021 has been awarded to Benjamin List and David MacMillan, who created a tool for building molecules.

The distinction for the molecular tool, called “asymmetric organocatalysis”, was announced by the organisation’s general secretary, Goran Hansson, this Wednesday.

“Building molecules is a difficult art. Benjamin List and David MacMillan receive the Nobel Prize in Chemistry 2021 for the development of a new precise tool for molecular construction: organocatalysis. This has had a major impact on pharmaceutical research and has made chemistry greener,” reads the statement issued this morning by the Swedish Academy.

“The catalysts are fundamental tools for chemists, but researchers have long believed that there were, in principle, only two types of catalysts available: metals and enzymes.”

“Benjamin List and David MacMillan receive the Nobel Prize in Chemistry because, in 2000, independent of each other, they developed a third type of catalysis, called asymmetric organocatalysis and which is based on small organic molecules”, it reads.

According to the Royal Swedish Academy of Sciences, the two scientists continue to be “leaders in this field and have demonstrated that organic catalysts can be used to drive numerous chemical reactions.”

“Using these reactions, researchers can now more efficiently build anything from new pharmaceutical products even molecules that can capture light in solar cells. In this way, organocatalysts are bringing a great benefit to Humanity”, he considers.

Benjamin List was born in 1968 in the German city of Frankfurt and is currently director of the Max-Planck-Institut für Kohlenforschung. David MacMillan was born in the same year in Bellshill, UK, and is a professor at Princeton University, USA.