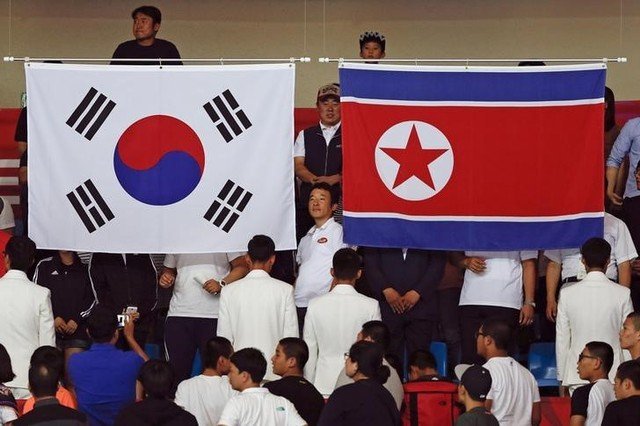 North Korea and South Korea: The two Koreas stated on July 27 that all lines had been restored. The joint announcement, which coincided with the anniversary of the end of the Korean War (Issei Kato/Reuters)

North Korea e South Korea re-established on Monday, 4, the line of cross-border communication, which had been interrupted since August by decision of Pyongyang, informed Seoul. The South Korean Unification Ministry said in a statement that officials from the two countries had spoken by phone this morning.

The restoration comes just days after Pyongyang raised international concern over a series of missile tests over a period of weeks, prompting the UN Security Council (SC) to hold an emergency meeting. “With the restoration of the South-North communication line, the government (of Seoul) believes that a basis has been established for the recovery of the inter-Korean relationship,” added the folder. “The government hopes (…) to quickly resume dialogue and initiate practical discussions to recover inter-Korean relations,” the note highlights.

The two Koreas claimed on July 27 that all lines had been restored. The joint announcement, which coincided with the anniversary of the end of the Korean War, was the first positive event since 2018 when a series of meetings between Kim and Southern President Moon Jae-in ended without any significant advances. But the rapprochement was cut short two weeks later, when the North stopped answering calls in August in response to military exercises from the South with the United States.

Since then, the North has carried out a series of missile tests, which has caused great concern in the international community. In September, the country launched a long-range cruise missile, which it billed as a hypersonic missile, which the South said is in the early stages of development. Last Friday the 1st, Pyongyang announced the launch of a new anti-aircraft missile.

North Korea criticized on Sunday (3) the urgent meeting of the UN Security Council to address its tests and accused member countries of playing with a “time bomb”.

Analyst Park Won-gon, professor of North Korean Studies at Ewha Womans University, downplayed the importance of restoring the line of communication, which is only a “symbolic” gesture. “Even if this leads to negotiations, we could enter a phase in which North Korea participates in the dialogue but continues to provoke provocations simultaneously,” he said.

Direct lines are a rare tool for bridging rivals. The Seoul Defense Ministry said the hotlines helped to avoid unexpected clashes and that their reopening would hopefully lead to a substantial easing of military tension.

The Ministry of Unification, responsible for inter-Korean affairs, expressed the hope that it could soon resume dialogue on ways to restore relations and promote peace.

It remains unclear whether their reconnection would facilitate any meaningful return to talks aimed at dismantling Northern nuclear and missile programs in exchange for easing US sanctions.

In Washington, a US State Department spokesman said he strongly supports inter-Korean cooperation, calling the reconnected lines “an important component in creating a more stable environment on the Korean Peninsula.”