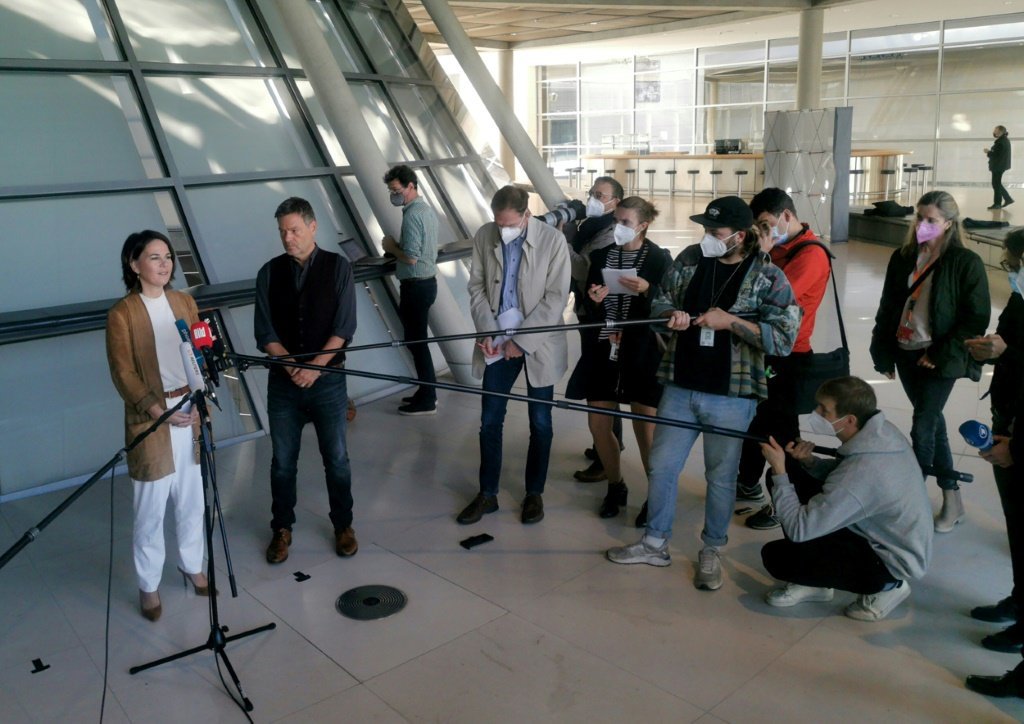 The parties took new steps this week to form a government in Germany after the September elections.

Invest with the support of advisors from the largest investment bank in Latin America. Open your BTG account

Ten days after the elections, talks accelerate in Germany to avoid the months of paralysis registered after the 2017 elections, when discussions seemed endless. On that occasion, the conservative Angela Merkel (who leaves office after nearly 16 years) ended up forging a new coalition with the SPD’s Social Democratic rivals.

The goal this time is to reach a deal faster. Third most voted, the Green Party announced this Wednesday, 6, the desire to deepen the dialogue with the SPD and the FDP.

“Our interest is to move things forward quickly,” party co-chair Annalena Baerbock said. “The country cannot afford a prolonged standoff” while a coalition is negotiated, he insisted.

“The conversations over the past few weeks have shown that the greatest content intersections are possible with this scheme (with SPD and FDP), above all in the realm of social policy,” said other Green Party co-chair Robert Habeck.

Shortly thereafter, liberals announced a meeting with Social Democrats and ecologists to outline a future government of a “progressive center”, in the words of FDP President Christian Lindner.

The formation of this coalition would be a victory for the SPD, which was overshadowed during the Merkel governments and may return to the post of chancellor for the first time since Gerhard Schröder, in 2005.

“The citizens have given us a mandate to put in place a government together,” said SPD leader Olaf Scholz, who will be chancellor if the coalition moves forward.

Negotiations, however, must be complex. The parties differ on many issues, such as tax issues, for example. While liberals are against raising taxes, the SPD is in favor.

This makes Lindner, leader of the FDP, continue to say that a coalition with Angela Merkel’s CDU conservatives remains a “viable option”. The problem for a CDU-FDP coalition is that they would also need to convince the Greens, farther to the left.

The CDU’s conservatives, who came second in the elections and are led by the unpopular Armin Laschet, have not given up trying to form a government with liberals and ecologists. This is the only way to be able to remain in the chancellery after 16 years of the Merkel era.

Whichever coalition moves forward, this is likely to be the first three-party coalition in decades, making negotiations difficult.

The Bundestag, the German Parliament, has already been polarized between the two largest parties (SDP on the left and CDU on the right), which guaranteed the chancellery to the winner of the elections. With fragmentation in recent years, alliances have become more difficult, which has led Merkel itself to need to ally with rival SPD in three of its four terms.

This Wednesday, Laschet, a 60-year-old former journalist, said he respected the decision of the Greens and the FDP to opt for negotiations with the SPD. He said, however, that he is “willing” to dialogue with both parties.

A survey by the Forsa institute shows that the majority of Germans (53%) want an SPD, Greens and FDP coalition. And 74% of respondents believe that CDU/CSU should go to the opposition.

Some CDU heavyweights, like Economy Minister Peter Altmaier, seem to admit the situation. “For the first time in 41 years, the FDP and SPD (and the Greens) are talking seriously of a coalition,” tweeted the minister, close to Angela Merkel.

“The ‘traffic light’ train has just left the station,” he added, referring to the colors of the parties in an SPD-FDP-Green alliance.

Altmaier said the CDU (and its sister party, the CSU) must “show that they learned their lesson” on Sept. 26, after conservatives received less than 30% of the vote. It was the worst conservative result in history.

Go beyond the basics and stay on top of the main reviews. Sign the EXAM.