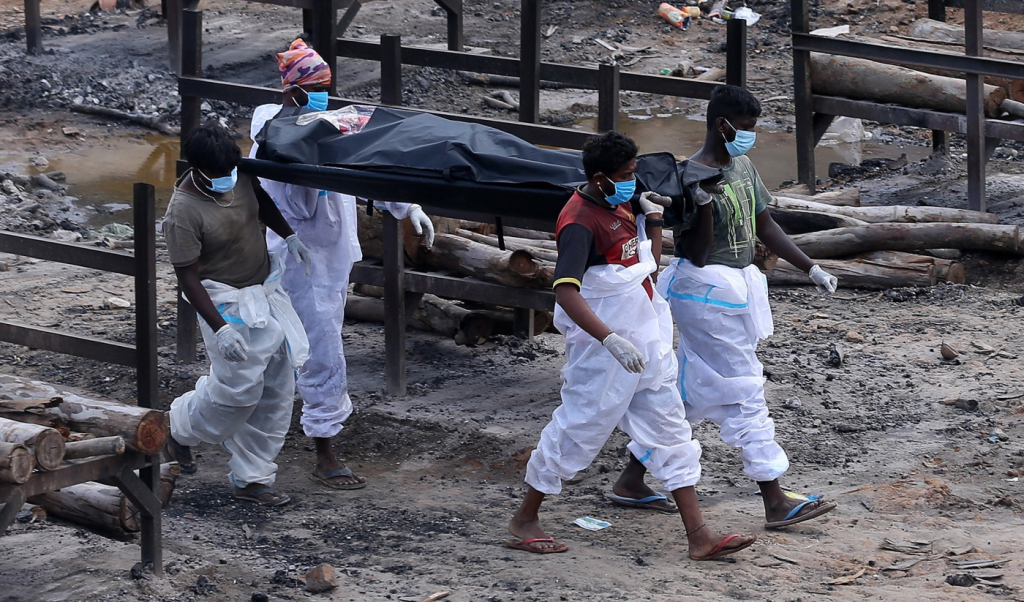 Between 3.4 million and 4.9 million people have died from the virus in the country since the beginning of the pandemic until June this year; according to the Center for Global Development

The actual number of deaths caused by Covid-19 on India it may be up to 10 times larger than reported, according to the Center for Global Development. The country’s official balance records 414,000 victims of the disease, the third worst in the world after the United States (609 thousand) and Brazil (542 thousand). In number of confirmed cases, India has 31.1 million and is second only to USA (34.1 million). However, according to the study, between 3.4 million and 4.9 million people died from the virus in the country since the beginning of the pandemic until June this year. “The actual deaths are likely to be in the several millions, not hundreds of thousands, which would make this India’s greatest humanitarian tragedy since independence,” the researchers said.

The second most populous country in the world, with 1.3 billion people, India experienced a health and hospital collapse in April and May and set world records for cases and deaths, amid a second wave attributed to the delta variant and failures from the government. Several Indian states have revised their balance sheets in recent weeks and added thousands of deaths that had not been accounted for. Some of the analysts who question the official numbers attribute the errors more to health and sanitary collapse than to deliberate manipulation. In addition, experts say the underreporting was due to scarce resources in India’s vast interior and a large number of people who died at home without being tested. Chief scientist at the World Health Organization (WHO), Soumya Swaminathan shared news about the study on Tuesday, 20, and stated that, “it is important to capture excess mortality as it is the only way to prepare the health system. health for future shocks and prevent further deaths”.