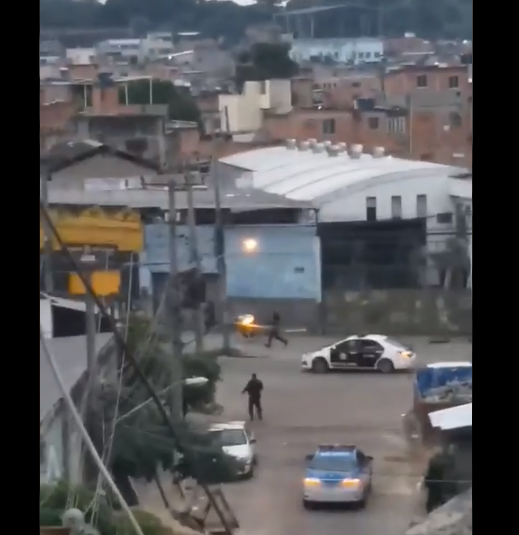 Playback / TwitterAccording to the corporation, the criminals are said to be involved in “drug trafficking, cargo theft, pedestrian assaults, homicides and kidnappings of SuperVia trains”

An operation of Civil police do Rio de Janeiro resulted in a shooting in the community of Jacarezinho, North Zone of the capital of the state of Rio de Janeiro, on Thursday, 6. A civil police officer died after being shot in the head and four other men went on holidays in action, including two passengers who were at a subway station. Videos shared on social networks show bomb explosions and residents report it is impossible to leave the house. Named “Exceptis”, the action is part of an investigation against the “enticement of children and adolescents to join the criminal faction that dominates the territory”. According to the corporation, the criminals are said to be involved in the ” drug traffic, cargo theft, pedestrian assaults, homicides and hijackings of SuperVia trains ”.

A Jacarezinho community is commanded by the faction Comando Vermelho. In a statement, the Civil Police cited the “difficulty of operating on the ground, due to the barricades and guerrilla tactics” at the site, which, according to the corporation, houses “a significant amount of armaments”. Agents identified 21 members of the gang after an investigation with the sector Electronic Search Sector Police Station for the Protection of Children and Adolescents (DPCA). The action was also supported by other units of the General Department of Specialized Police (DGPE), the General Department of Police of the Capital (DGPC) and the Coordination of Special Resources (CORE).