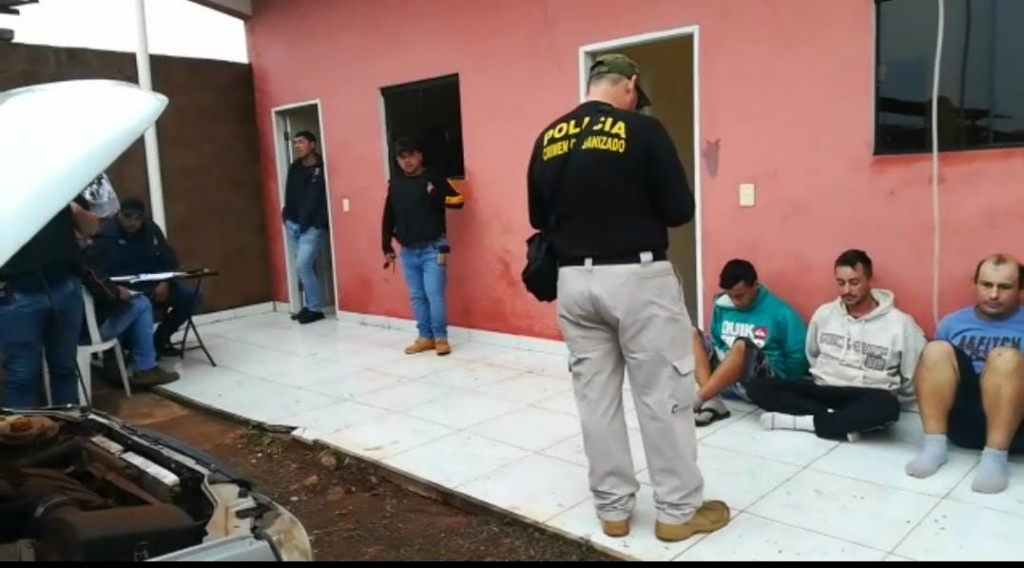 The operation was initiated by agents of the National Police’s Regional Investigation of Punishable Acts Department, with help from the Department against Organized Crime. According to the National Police, the clue that led them to the scene was the information that a truck used in the slaughter was incinerated in the last few hours, and that they arrived at the house from which the killers had left. Another suspect was arrested on Sunday, 10, after a chase involving police from both countries, and a car that may have been used in the attack was seized. The situation on the border between Ponta Porã and Pedro Juan Caballero has been tense in recent weeks: in addition to the four executions, a Ponta Porã councilor was killed last Friday, the 8th, in a case still being investigated by the civil police of Mato Grosso do Sul.

#SicariatoAmambay The 6 detainees are at the disposal of @MinPublicoPy for later declaration. Here images of the place, location and detainees👇The @DCCO_Paraguay continues to support investigations. Operational is still ongoing. pic.twitter.com/beab8tiyfd