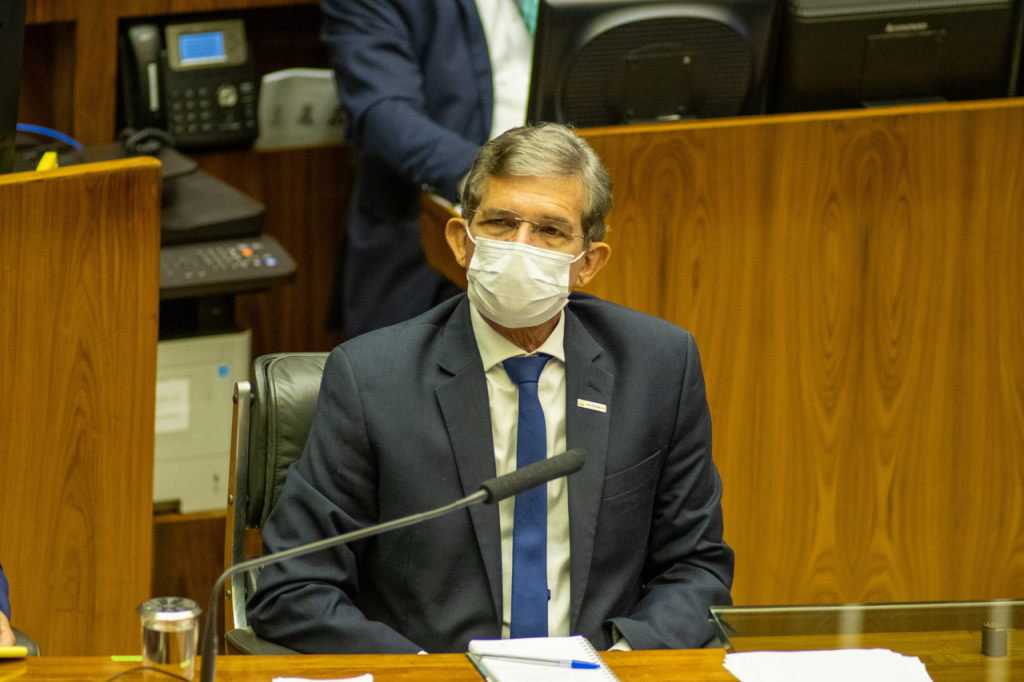 In an audience at the Chamber of Deputies, the president of the state-owned company says that management has strong governance and meets the country’s demands

ANTONIO MOLINA/FOTOARENA/FOTOARENA/ESTADÃO CONTENTPresident of Petrobras, General Joaquim Silva e Luna, participated in a session at the Congress to talk about the prices of fuel and cooking gas in the country

The president of Petrobras, Joaquim Silva and Luna, stated on Tuesday, 14, that “there is no room for adventure” at the state-owned company and that the company operates in a transparent manner. By participating in a special commission at the Chamber of Deputies, the retired general stated that Petrobras meets the demands of the country and that it has a system of corporate governance. “We have strict governance, there is no room for adventure in the company,” he said. Silva e Luna stated that the value of gasoline — which in some states has already surpassed the R$ 7 mark — is used to pay off investments, interest on debts and production costs, and also to pay taxes.”[A Petrobras] it makes selected investments and has strong governance to avoid any deviations,” he said. According to the president, the company is responsible for 34% of the price of a liter of gasoline. The remainder, he said, is divided between federal and state taxes, in addition to the profit margin of service stations, refineries and the cost of adding ethanol.

The head of the state-owned company was called by the deputies to debate the increase in fuel prices, one of the main factors responsible for soaring inflation this year. This Monday, the 13th, the president of the House, Arthur Lira (PP-AL), complained on social networks about the value of gasoline, diesel and cooking gas. The deputy questioned the responsibility of the state-owned company and said that “Petrobras must be remembered: Brazilians are its shareholders.” The author of the request that gave rise to the debate, deputy Danilo Forte (PSDB-CE), said that the objective is to discuss ways to contain the rise in prices. “So that we can not only understand the motivations, which are often external due to the dollar, but also internal. We need to renegotiate the States and the federal government on the issue of taxes. It is unacceptable that 46% of the energy bill is taxes, almost half”, he said. Until August, the gasoline already accumulates an increase of 31.09%, according to the national consumer price index. O ethanol had an increase of 40.75%, and the diesel 28.02%.

The president of the Central Bank, Roberto Campos Neto, drew attention to the successive increases in fuels practiced by Petrobras and their effects on the advancement of the Broad Consumer Price Index (IPCA), the official gauge of Brazilian inflation. “Petrobras, for example, passes prices much faster than most other countries,” he said, adding that the BC monitors this movement of high commodity prices. Inflation reached 0.87% in August — the biggest jump in 21 years — and accumulated a 9.68% high in the last 12 months. The rise in fuels was the main factor behind the rise last month.

The retired general, Joaquim Silva e Luna, took command of the state-owned company in April this year. The former Brazilian general director of Itaipu Binacional was nominated for the vacancy of Roberto Castello Branco, fired by the president Jair Bolsonaro (no party) in February after successive increases in fuel prices. At the time, the intervention of the president in charge of Petrobras overturned the company’s roles in the financial market and accentuated the risk of the president’s interference in the management of state-owned companies. The company’s shares fell by almost 30%, totaling more than R$100 billion in losses. The movement also called into question the international parity model preached by Petrobras for the formulation of prices, which follows the variation in the oil barrel on the foreign market.