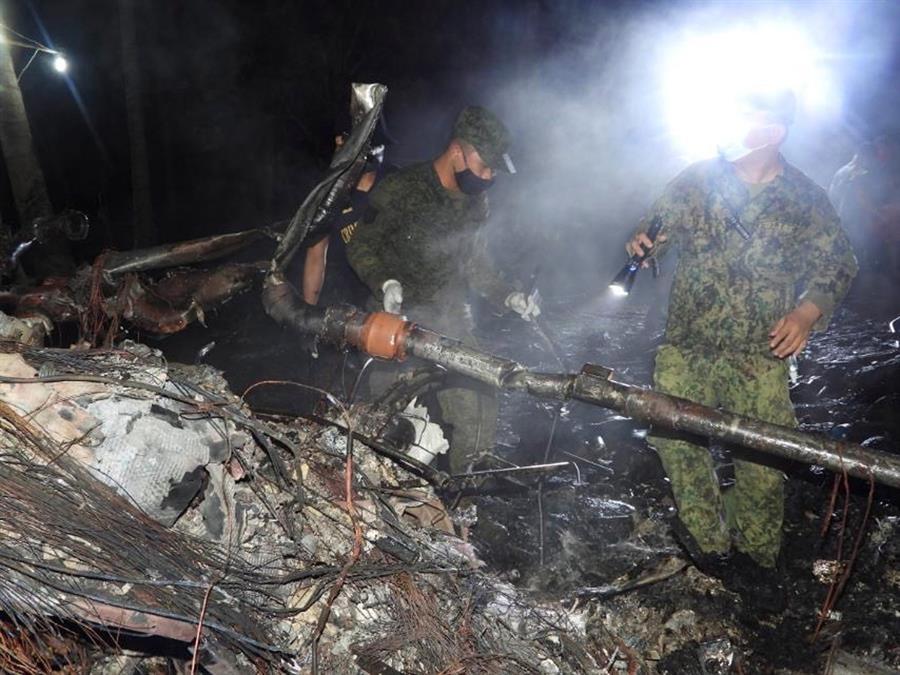 The death toll rose to 50 and survivors of the fall, who were taken to hospital, are expected to be heard by authorities later this Monday, 5

Authorities of Philippines confirmed this Monday, 5, that the five soldiers who were missing after the crash of a military aircraft on the island of Joló, in the south of the country, on Sunday, 4, died. With this, the number of deaths from the accident rises to 50. In all, 96 people were on the plane, 49 managed to get out and 47 died. Three other people on the ground were hit and also died. Those who survived had to jump out of the aircraft before the crash. “Minutes after the explosion, troops and volunteers were sent to the crash site for search and rescue. According to witnesses, a number of soldiers were seen jumping from the plane before it fell to the ground,” said an official statement issued by the joint task force in Sulu, the province that recorded the accident. A team of investigators was dispatched to the scene to retrieve the plane’s black box and talk to the crash survivors. In addition to the 49 who were on the aircraft, four people who were on the ground were injured and were taken to hospital. The soldiers on the plane had just completed military training.