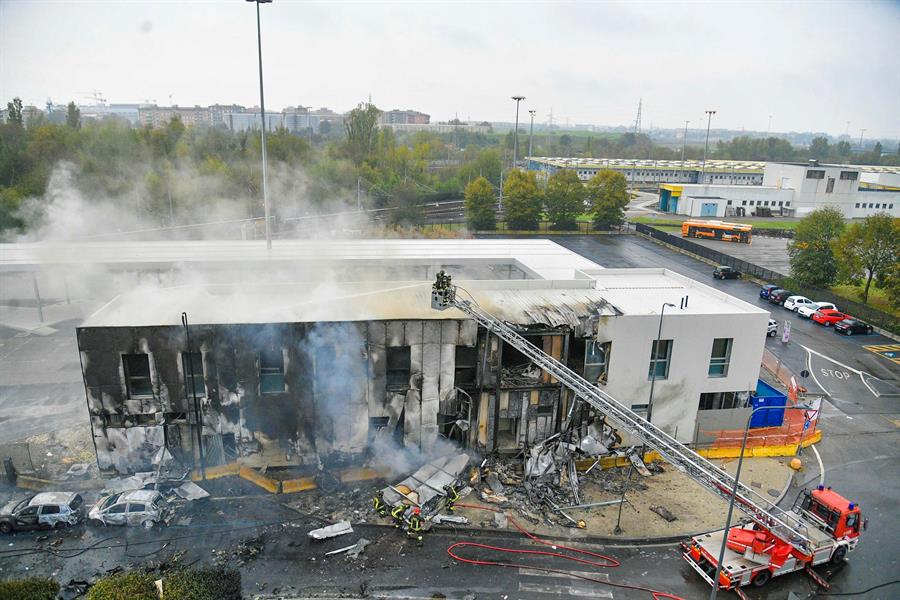 Aircraft hit a building, which was empty and is on a street that recalls an air accident that occurred in 2001

Antonio Fasani / EFE / ANSABuilding hit was under renovation and empty

One plane of small size fell in a building in San Donato Milanese, neighboring town to Milan, on Italy. All the people on the plane died, in a total of eight victims – pilot, co-pilot and six passengers, one of whom was a child. The two-story building, which houses offices and a bus company parking lot, was empty because it was undergoing renovation, so there were no injuries on the ground. The aircraft, a turboprop model, had taken off from Linate airport, in Milan, and would travel to the island of Sardinia, in the south of the European country.

“I heard the noise of a plane that was about to crash, with the propellers stopping, then I heard the windows shaking and, like in a movie, I went to the window and saw a column of smoke rise,” said a young man who lives a few minutes away. meters from the scene of the tragedy to the Italian news agency ANSA. Another witness reported that the aircraft had a burning engine. The National Agency for Air Safety (ANSV) has already opened an inquiry to investigate the causes of the accident. A morbid detail is that the building is located at 8 Ottobre 2001, named after the victims of the greatest tragedy in Italian aviation, a collision between two planes at Linatte airport in which 118 people died.