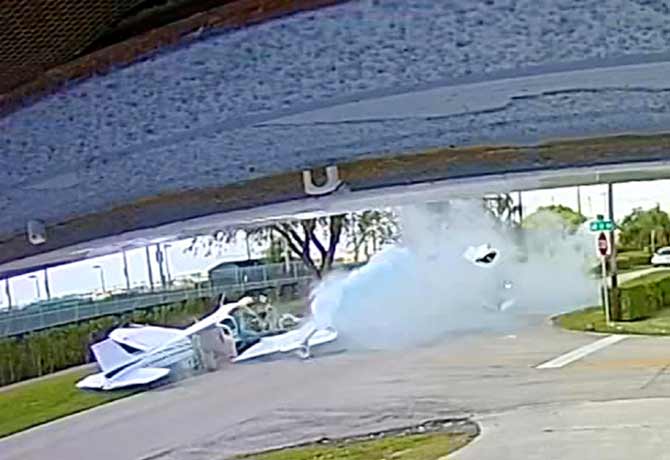 FLORIDA: A plane crashed on the road in Florida, USA on Tuesday. The incident took place near North Perry Airport. Three people lost their lives in the accident. The plane crashed into a car with a fault that arose during a single-engine plane takeoff. Two people on the plane died on the spot in the crash. A woman traveling in a car and a child were seriously injured. They were taken to Memorial Regional Hospital in Hollywood for treatment. The child died while receiving treatment. The tragic incident was recorded on a nearby CCTV. At the time of the accident, fuel leaked from the plane, causing the road to explode.