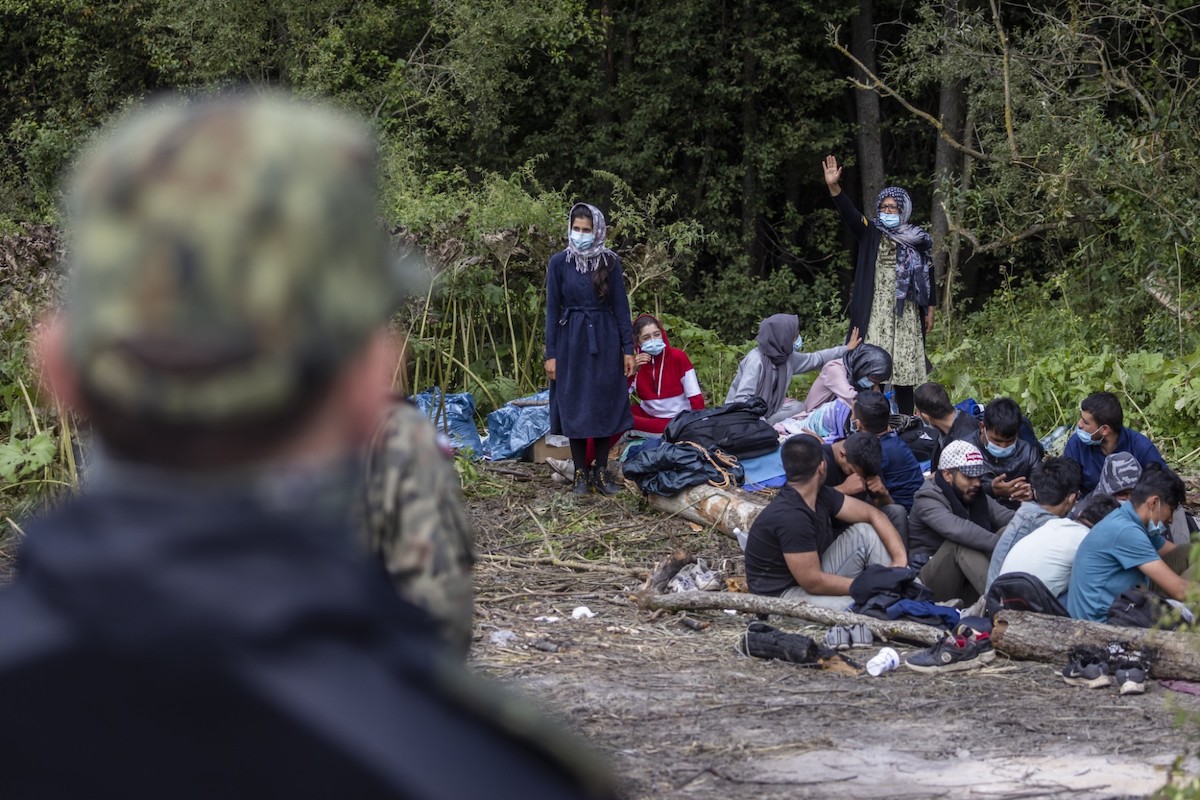 Migration crisis on the Polish-Belarus border

Belarus has been letting in mostly Afghan and Iraqi migrants, which it then sends to the Polish border, in retaliation against EU-imposed sanctions. Several NGOs criticized Poland’s state of emergency.

The Polish government’s treatment of migrants stranded on the Belarusian border continues to raise concern. Criticism soared after Warsaw decided to go ahead with the extension of the state of emergency.

The country also sent tens of thousands of messages to the mobile phones of foreigners along the Belarusian border trying to convince migrants to turn back. “Polish border is closed. The Belarusian authorities lied. Go back to Minsk!” read the messages written in English.

According to the Ministry of Interior, on Tuesday alone, around 31,000 messages were sent to telephones in the border area. The messages had a link to a website where migrants were told that the illegal crossing can lead to arrest and that he mentioned that bad weather could be dangerous for the health of migrants, this after six people have recently died in the area of ​​hypothermia and exhaustion.

In recent weeks, Poland has sent thousands of troops to the border and built a barbed wire fence. Also journalists and NGOs were banned from walking across the 400-kilometre border, and a state of emergency was imposed.

The humanitarian crisis on the border is not new, but it has intensified in recent weeks. Citizens mostly from Iraq, Afghanistan, Syria, Yemen have arrived in Poland across the Belarusian border, which has transported migrants or facilitated travel by issuing visas.

After legally arriving in Belarus, migrants are then taken by the authorities to the Polish border to cross and thus enter the European Union. This policy has been used as retaliation after the EU imposed sanctions to the Lukashenko government.

Initially, the Polish police were arresting migrants and placing them in detention centres, but the worsening situation has complicated the authorities’ response. The opposition and the EU had already criticized the state of emergency decree as a way of try to block journalists from reporting the treatment migrants are being subjected to at the border.

European Commissioner for Home Affairs, Ylva Johansson, met Polish Interior Minister Mariusz Kamiński in Warsaw on Tuesday night, but failed to get concessions on her request that members of the European border force be allowed in. in the zone.

Several NGOs have also accused the government of illegally returning migrants to Belarus and of do not give them medical support, food and appropriate shelter. Amnesty International also carried out an analysis of satellite images and other photos and videos that show that since August there has been at least one return.

The group revealed on Thursday that 32 people were in Poland on 18 August but back in Belarus the next day, raising suspicion that armed Polish guards were force migrants to return. Amnesty stresses that forcing asylum seekers to re-cross the border is against international law.

Polish NGO Ocalenie Foundation asked Johansson to use the authority of the EU to ensure that Poland “respects international law and upholds democratic values”. The NGO also considers that Lukasheko is “play a cynical game“, but refuses to “accept that Poland – a member state of the European Union for 17 years – uses equally inhuman tactics” to deal with the humanitarian crisis.

In addition to Poland, Lithuania and Latvia also reported large increases in the number of migrants. Polish authorities say that 11 500 people attempted to cross the border illegally this year alone, including 6000 in September alone, while the total number in 2020 was around 100.

The Polish government has not yet responded directly to the NGOs’ accusations, but it has already indicated that the migrants are not refugees and that they are being used as a throwing weapon by Belarus, insisting that it has the right to defend its borders.

The authorities were also caught in the try to represent migrants as radicals and criminals. The Polish Defense Minister this week showed violent pornographic images to journalists who he claimed were taken from migrants’ mobile phones.

However, it was later discovered that the images were old and available on the internet, which drew criticism even from media that normally support the government, which was accused of spreading “lies and manipulation” by the opposition.