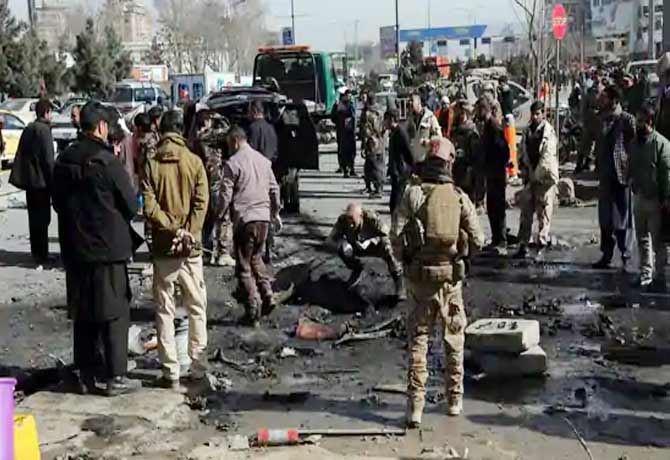 Kabul: A district police officer and his bodyguard were killed in a series of bombings targeting Kabul police on Wednesday. No one has yet claimed responsibility for the blasts. The attacks were carried out by detonating time bombs fitted to vehicles with remote controls. A car bomb had exploded at an Iraqi police recruiting center at Kisak, west of Kabul. City District 5 Police Chief Mohammad Joy Kochi and his bodyguard were killed in the incident, officials said. The driver of this car was seriously injured. Kabul police officials said there were two bombings an hour before the bombing. He said four civilians were injured in one of the two attacks and no one was injured in the other attack.