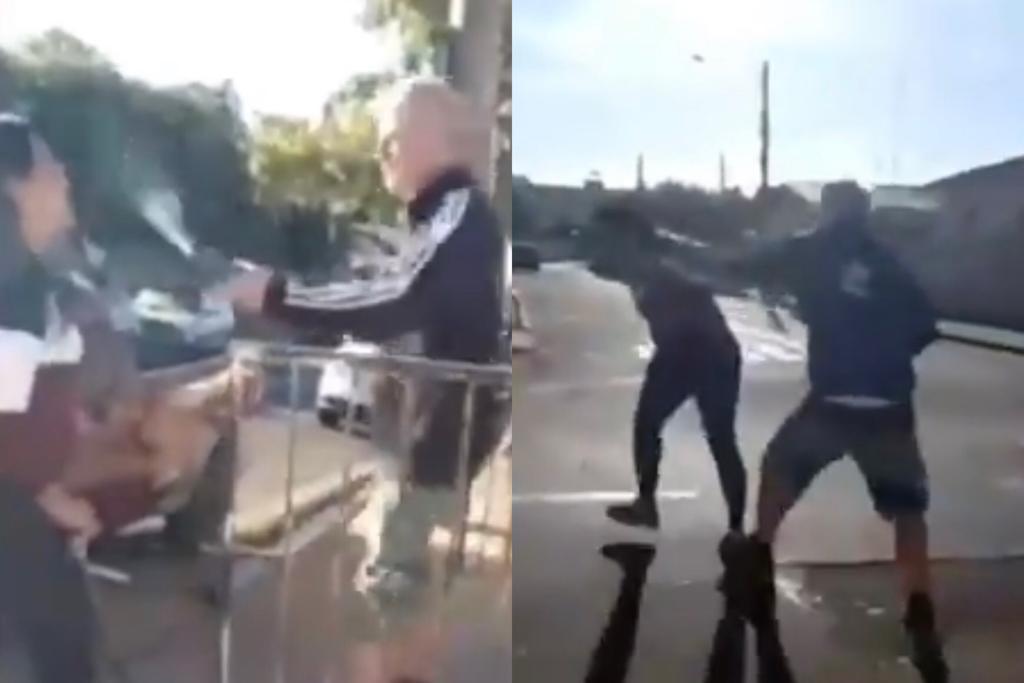 A Police Civil of Sao Paulo investigates an assault suffered by a 31-year-old cleaning woman who had to be sent to a hospital in the city of Catanduva, in the interior of the state, after being hit by a type of acid thrown by her former boss, a 70-year-old retiree, in an argument. According to the police report of the case, registered at the Sectional Police Station of Catanduva by the victim’s husband, the woman provided domestic services for the perpetrator for at least three years when she overturned a product in his house and the two fell out. “The man then dismissed the cleaning lady’s services and started to threaten her,” says an excerpt from the note from the Public Security Secretariat of São Paulo. The victim of the attacks would have gone to the scene to explain one of the threats.

A video of the moment of the aggression was recorded by someone accompanying the woman and attached to the complaint against the retiree. In it, you can see the man approaching with a liquid in a bottle while the former employee asks ‘Aren’t you the macho man?’. He throws the corrosive material at her, and she tries to dodge out into the street, while the man pulls her hair and doesn’t let her run. The victim was taken to the Padre Albino Hospital to treat injuries. The report sought the health institution to find out about the victim’s condition, but has not received any feedback so far. So far, the type of acid thrown at the victim has not been identified. An expert report has been requested from the Forensic Medical Institute (IML) and the police are continuing to investigate the case, but the man responsible for the attack has not been arrested so far.

Absurd! A man threw acidic liquid at a former employee shortly after firing her, in Catanduva, in the interior of São Paulo. What’s left for the police to arrest this monster? pic.twitter.com/UtADdOdlzq