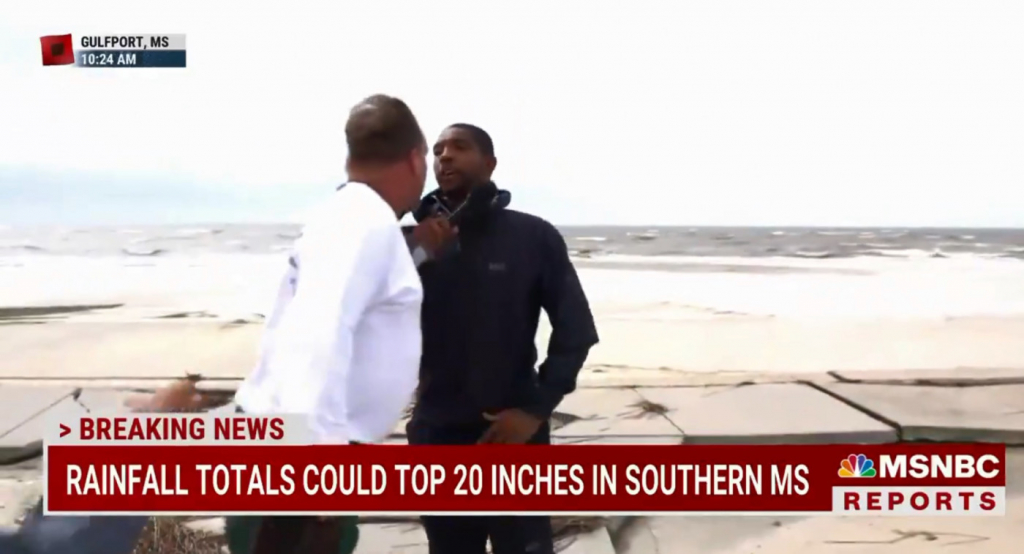 Eugene Dagley is wanted on two counts of assault, disturbance of public order and violating a curfew caused by Hurricane Ida in Mississippi

Gulfport City Police at Mississippi, said on Tuesday, 1st, that issued arrest warrants against a man who went viral on social networks after confronting a journalist from the MSNBC channel who gave information about the weather after the passage of hurricane Ida in the region. In the images, which were broadcast live on TV, it is possible to see the suspect getting out of the truck driven by him and heading towards the reporter. The cameraman even shifts the focus and closes the image, but at the end of the transmission the man, who claimed he was lying about the weather forecast, advances against the professional. In a press release, the police department said the man had been identified as Benjamin Eugene Dagley, an Ohio resident. “Also on August 31, arrest warrants were issued in his name for two offenses of aggression, one for disturbing the public peace and the other for violating the emergency curfew,” explains an excerpt of the note.

The accusations of aggression are against the camera and the reporter and the violation of the curfew refers to the danger of moving in the region due to the passage of the hurricane, which was downgraded to the category of tropical depression on Tuesday after leaving at least four dead people. The police statement states that the suspicion is that he has left the state of Mississippi, which makes him wanted in the country. “If you know his whereabouts, please contact the local police,” says an excerpt from the note, identifying the model and license plate of the vehicle the suspect was in. Despite the scare, reporter Shaquille Brewster had no injuries from the assault and is doing well. See below a video of the moment when a professional is harassed by a man: