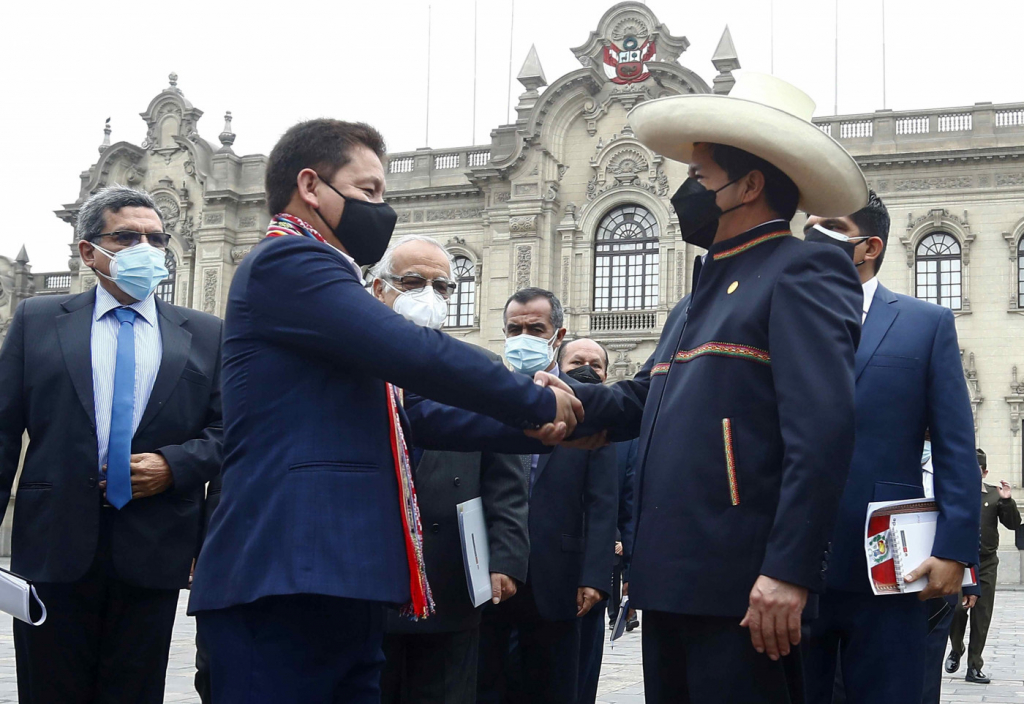 In a speech, the president thanked Guido Bellido for his services and acknowledged that decisions must be taken in the name of governability

EFE / Stringer ARCHIVEIn the letter announcing the decision, Guido Bellido says that the departure took place after a request from the Peruvian president, who took office about two months ago

the president of Peru announced on Wednesday, 6, that the country’s prime minister, Guido Bellido, resigned from office. Without giving details about the exit, Pedro Castillo he thanked Bellido for his services and reaffirmed that he is committed to the nation’s problems, such as the fome it’s at poverty, and that some decisions need to be taken in the name of governability. Guido Bellido held the position of command of the ministerial cabinet and, according to Peruvian law, his resignation also leads to the departure of all ministers. In the letter announcing the decision, the now former prime minister says that it was at the request of the president, who took office about two months ago. The approval of Bellido’s name for the position was resisted in Congress, as he was considered a more left-wing figure in the government and the target of criticism for responding to a lawsuit for apology for the terrorism of guerrilla groups in the region. A week ago, relations became tense again after a questioning by parliament of Labor Minister Iber Maravi for alleged participation in terrorist attacks 40 years ago. At the time, Guido came out in defense of the politician. After the announcement of the departure of the prime minister, the president of the congress, Maria Del Carmen Alva, from the opposition, said that she was satisfied with the renounce of the politician.