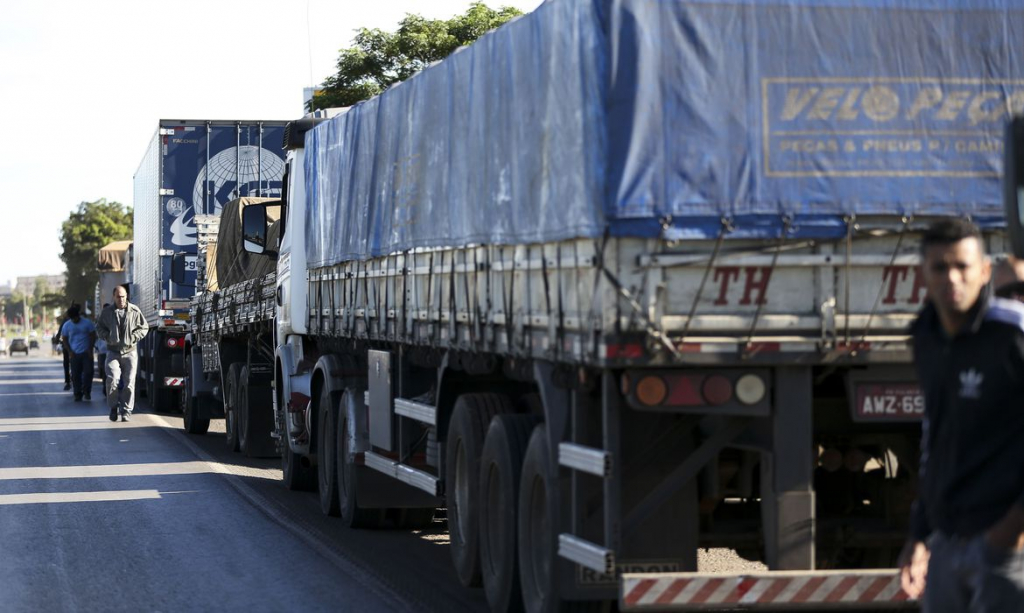 Compared to the last bulletin, released at 5 pm by the Ministry of Infrastructure, there was a drop of 11% in the total number of incidents across the country

O Ministry of Infrastructure reported that there was a drop in the number of occurrences related to blocking of truck drivers in federal highways. According to a press release, at 8:30 pm, concentration points were registered in 10 states, with isolated points – when there is no longer any expectation of blocking – in another four, totaling 14 states with occurrences. In comparison with the last bulletin, released at 5 pm, there was a drop of 11% in the total number of occurrences. According to the folder, the southern region (Paraná, Santa Catarina and Rio Grande do Sul) concentrates more than half of the occurrences at the moment. The other agglomerations were registered in the states of Bahia, Goiás, Mato Grosso, Mato Grosso do Sul, Pará, Rondônia and Tocantins. During his weekly live, the president Jair Bolsonaro he claimed to have been informed by truck drivers that the protests should extend until next Sunday. In addition, the president said he warned that if the protests continued after Sunday, the states could have supply problems.