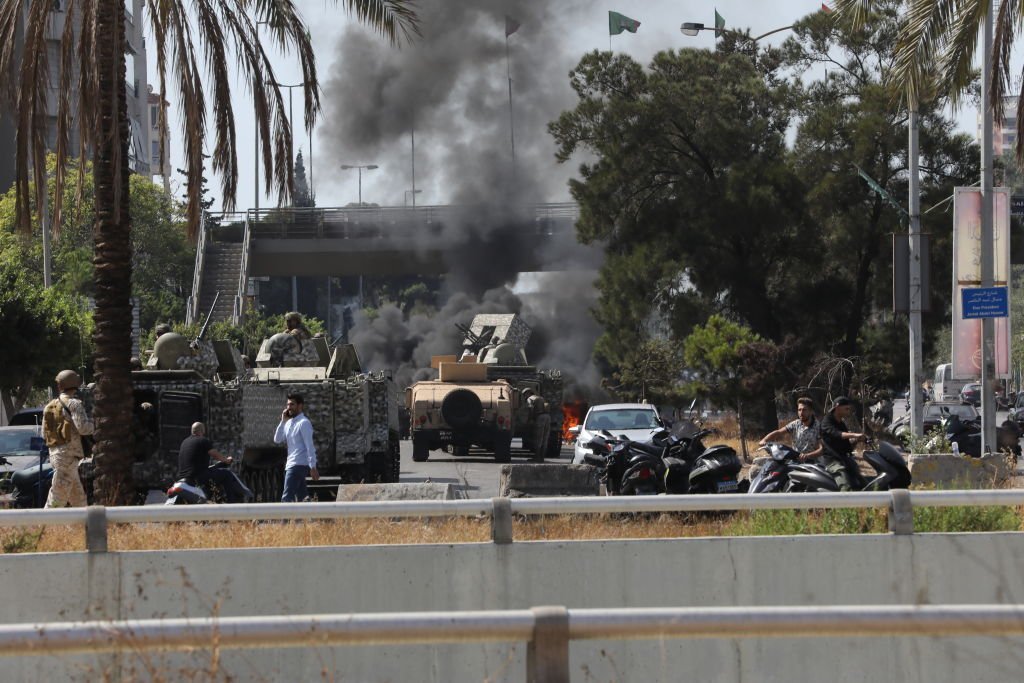 At least six people died and nearly 30 were injured on Thursday (14) in shootouts during a rally by Shiite movements Hezbollah and Amal in Beirut against the judge in charge of investigating the explosion in the port of the Lebanese capital in August 2020.

Several areas of Beirut became a war zone. Incessant gunfire and explosions echoed not far from the Palace of Justice, in front of which gathered hundreds of protesters dressed in black, some of them armed, confirmed AFP journalists.

Interior Minister Bassam Mawlawi reported at a press conference the balance of six dead, some hit in the head, suggesting that the shooting was the work of “snipers”.

Among those killed is a 24-year-old woman who was shot in the head inside her home, a doctor at Sahel hospital, south of Beirut, told AFP.

In a joint statement, Hezbollah and Amal also accused “snipers posted on the roofs of buildings” of shooting at protesters.

But who fired the shots and how that protest degenerated so quickly is unclear at the moment.

In total, 30 people were injured, according to the Lebanese Red Cross, and were rescued by ambulances near the Palace of Justice.

The streets quickly emptied and the Lebanese took refuge in their homes, reliving moments lived in past wars that they thought they had forgotten.

Videos of students hiding under tables or lying on the floor during class circulated on social media.

“I hid with my cousin and my aunt in a space of two meters square, for fear of stray bullets,” Bissan al-Fakih, a resident of the area, told AFP.

Army tanks were deployed, and the military warned that they would shoot anyone who opened fire.

Summoned by Hezbollah and Amal, the protesters demanded the dismissal of Judge Tareq Bitar, responsible for investigating the explosion in the city’s port, which occurred on August 4, 2020, due to irregularly stored quantities of ammonium nitrate.

At least 214 people died in the tragedy, which had more than 6,000 injured and many buildings devastated.

Protesters burned portraits of the judge and the US ambassador to Lebanon, Dorothy Shea. These bloody clashes coincide with the presence in Beirut of US State Department number three Victoria Nuland.

Prime Minister Nagib Mikati called for calm and criticized attempts to plunge the country into a cycle of violence.

Hezbollah and its allies believe the judge is politicizing the investigation. On Tuesday, Judge Bitar issued an arrest warrant for deputy and former finance minister Ali Hassan Khalil, a member of Amal and an ally of Hezbollah.

He was then forced to suspend the investigation because two former ministers filed a complaint against him in court, which was dismissed on Thursday, so that the magistrate can continue his work.

The matter is poised to cause an implosion by the newly formed Lebanese government, after a year of political blockade, as ministers from Hezbollah and Amal have asked for the replacement of the judge, which other members of the government have refused.

“The fact that Hezbollah takes to the streets and puts all its strength into this battle could provoke major clashes and destabilization across the country,” analyst Karim Bitar told AFP.

Local authorities, accused of criminal negligence, refuse to authorize an international investigation and are accused by the victims’ families and by NGOs of obstructing justice.