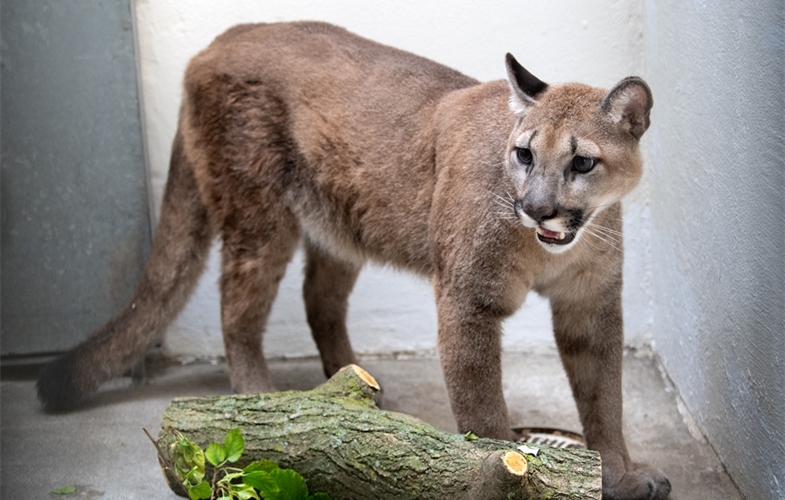 An 11-month-old puppy weighing 36 kilos was sent to the Bronx Zoo after being delivered by the owners to the environmental conservation department.

The Department of Environmental Conservation of Nova York reported on Monday, 30, that rescued a puma that was raised as a pet in an apartment in the city. The animal, which was 36 kilos and 11 months old, was delivered by the owners themselves, who lived in the Bronx neighborhood and recognized that the animal was “too big” for an apartment. “This animal is relatively lucky that its owners have recognized that a wild animal does not belong in a domestic environment,” said the institution’s director, Kelly Donithan, in a note published by the department on social networks. She cited the need to pass laws to prohibit the breeding and possession of animals such as lions and tigers by anyone who is not qualified to do so.

The rescue of “Sasha”, as the jaguar was called by its owners, was carried out with the help of the New York police and other organizations in favor of animal life. At first, the jaguar was sent to the Zoo from the Bronx, but she must be taken to a sanctuary of the species in Arkansas. Sasha’s owners should not be criminalized for keeping a wild animal in captivity, as they delivered the animal on their own considering its welfare. The New York State Police, however, must open investigations to look for the animal trafficking network behind the occurrence. Despite the unusual case, this is not the first time that a wild animal has been rescued by police from an apartment in New York. In 2003, a 200-pound tiger was rescued in Harlem and taken to an animal retreat in Ohio. At the time, its owner was imprisoned for five months for putting other people’s lives at risk.