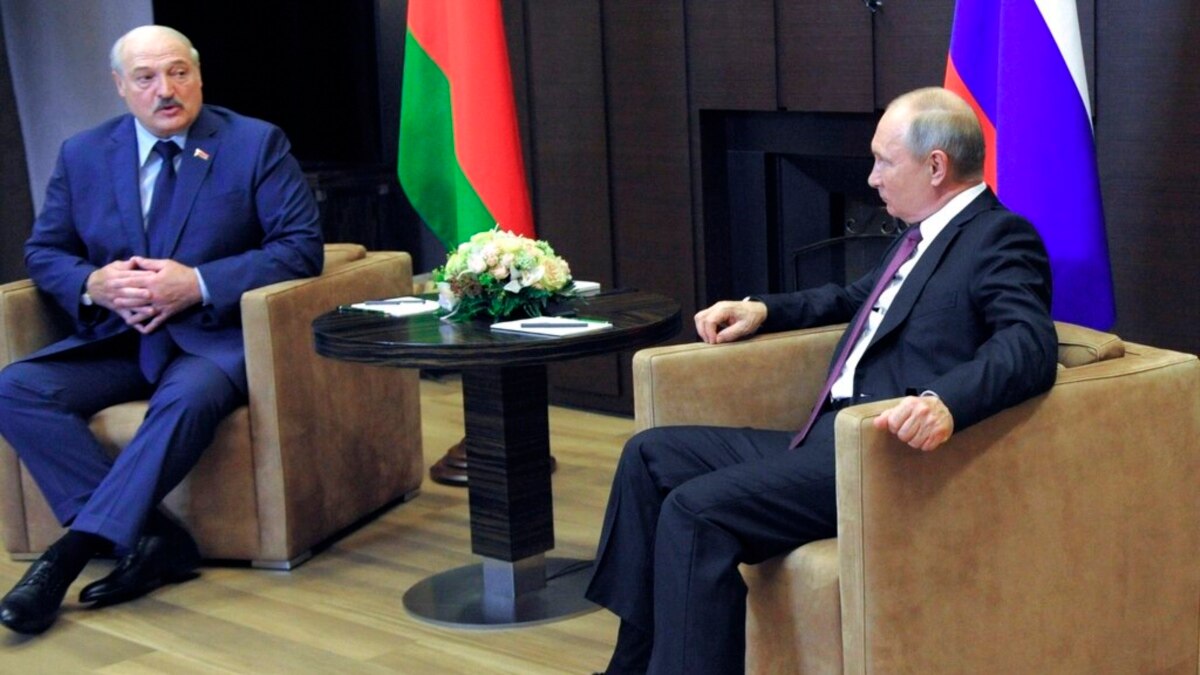 Russian President Vladimir Putin has pledged support for Belarussian leader Alexander Lukashenko following the shooting down of a Rainier plane in Minsk and the arrest of a dissident journalist from Brussels.

On May 23, the Lukashenko regime forced a Rainier airliner en route from Athens to Vilnius, with a few minutes left in the Belarusian airspace before leaving the country, to land in Minsk. Law enforcement officers arrested Raman Pratasevich, a blogger on board. He is accused of organizing mass protests after the August elections, which carries a maximum sentence of 15 years in prison. His companions, a 23-year-old Russian student, were also arrested.

During a meeting in Sochi, Putin agreed with Lukashenko that the West’s reaction was “emotional turmoil.”

“When they forced the plane of the Bolivian president to land and took him off the plane, nothing happened, silence,” Putin said. He was talking about Evo Morales’ plane in 2014, when he was landed in Austria on suspicion that Edward Snowden, a spy wanted by the United States, was on board.

The West has accused Belarus of piracy and state kidnapping. Brussels has recommended avoiding airspace in Belarus and is considering a new set of sanctions. Many European countries. Has banned flights over Belarus and banned state-owned Belavia from using their airports.

Russia, a close ally of Lukashenko, has promised to help Minsk after the Rainier incident and has denied speculation about its role. Moscow has described the West’s reaction to the incident as “shocking”. Foreign Minister Sergei Lavrov has accused the West of “demonizing” the Minsk government.

Russia and Belarus are formally an “allied state” and have been talking for years about closer integration between the two countries. Putin told Lukashenko during the meeting that they would continue to strengthen this union gradually and at a slow pace.

Lukashenko, who has ruled the country since 1994, has been facing protests since the August presidential election. Moscow helped him to quell the wave of protests.

Authorities claim that in the August presidential election, 80% of the population supported Lukashenko and he won for the sixth time. However, a large part of the population and Western states consider the elections to be rigged. Authorities have already released a confession from the detained 26-year-old blogger and activist, in which he says he was organizing anti-government demonstrations.