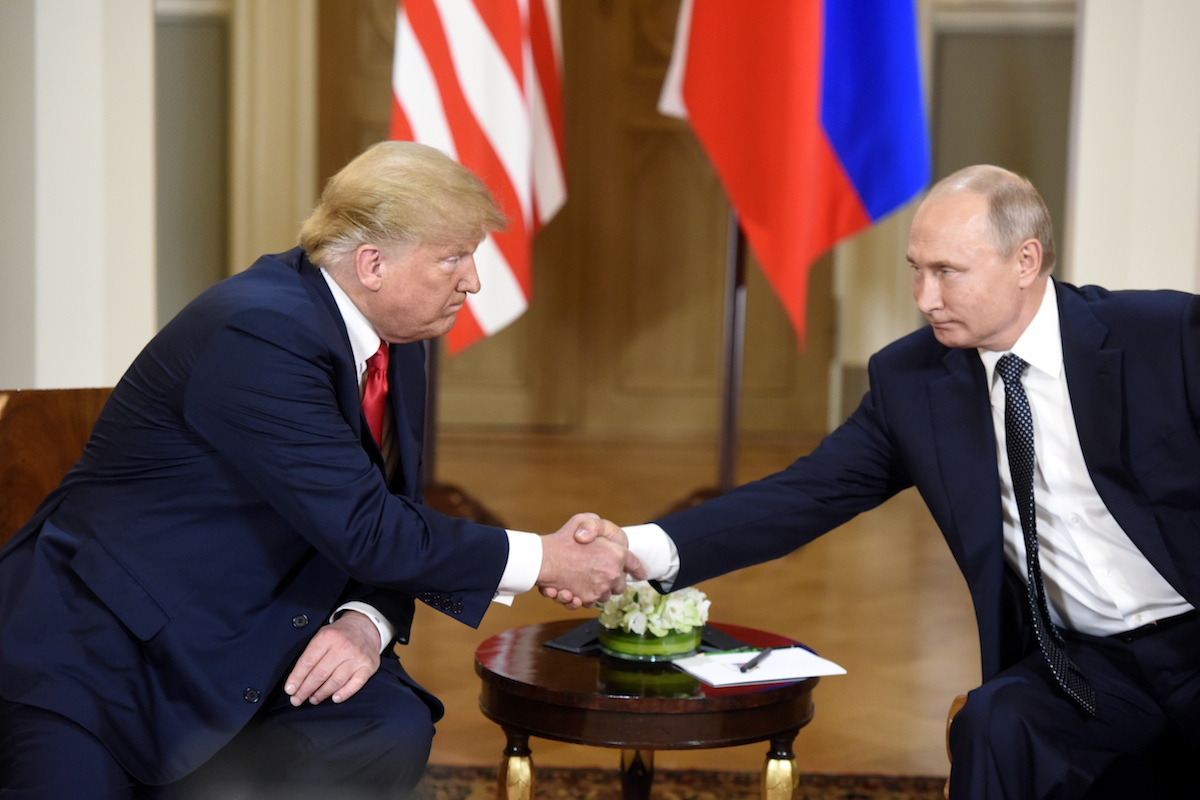 Vladimir Putin is said to have authorized a covert espionage operation to interfere in the 2016 US presidential elections, in order to help Donald Trump become US president.

The news is advanced by the British newspaper The Guardian.

The diary had access to secret documents of the Russian government, which indicate that the president of Russia met on January 22, 2016 in a closed session with the Russian National Security Council, which was attended by the country’s main ministers and those responsible for the country’s various espionage services.

At the time, the reason for the meeting was pointed out as a discussion about the country’s economy and Moldova.

Now, Russian government documents released by the British newspaper reveal that politicians were meeting to approve a plan among the various spy services to interfere with US democracy, because if Donald Trump if elected president it would help Russia secure the country’s strategic objectives.

The documents reveal that three Russian spy agencies were forced to find ways to support the Republican during the election campaign that took place in 2016, in order to help create the “political scenario” favorable to Russia.

In addition, the documents also indicate that the Russian government has in its possession compromising material against the American businessman, which was collected on “unofficial visits by Trump to the territory of the Russian Federation”.

According to the British newspaper, Russian government documents trace a psychological profile of Donald Trump, describing him as a “impulsive individual, mentally unstable and unbalanced who suffers from an inferiority complex”.

The English daily reported that it contacted the Russian government about the information that was present in the documents, but Putin’s spokesman, Dmitri Peskov, said the idea of ​​Russian leaders agreeing to support Donald Trump “is a great popular fiction.”

However, given the facts presented in the documents, these statements are contradictory.

This is because the The Guardian points out that weeks after the meeting of the Russian National Security Council, hackers from a Russian secret service hacked into the servers of the Democratic Party’s National Committee, later releasing thousands of private emails in an attempt to damage Russia’s election campaign. Hillary Clinton.

Former US President Donald Trump was also contacted for clarification, but he did not provide any kind of clarification.

The veracity of the documents was proven by independent experts, who concluded that all content has a high probability of being true, the newspaper said.

The good relations between Vladimir Putin and Donald Trump were always public while the republic was in power.

To remember that to Trump Organization, Donald Trump’s company, thought to offer the penthouse of a skyscraper in Moscow, which was never built, to Vladimir Putin.

These plans existed during the 2016 presidential campaign, which ended up electing Trump as President of the United States, the same man who always denied any relationship with the Russian President, who was always suspected of having tried to influence the outcome of the US elections.