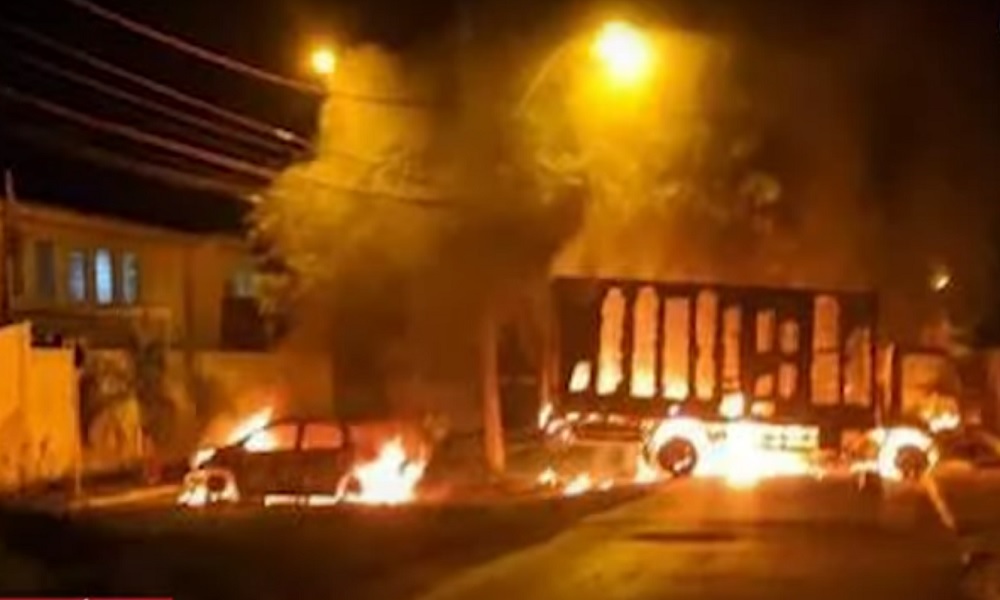 Corporation estimates that 30 to 50 criminals participated in the bank robbery in the city; body of an alleged member of the group was found this Wednesday, 1st, in the city of Sumaré

Playback/Youth Pan RadioInvestigations continue under the command of the Federal Police; Civil and military police keep searching the region

A 47-year-old man was found dead this Wednesday, 1st, in a plot of land in the city of Sumaré, in the interior of São Paulo. The body was wearing a bulletproof vest, carrying a rifle ammunition case and R$800 in money contaminated with paint and blood. The suspicion is that he was part of the gang that attacked three banks and caused terror in the streets of Aracatuba. So far, at least five suspects are under arrest. The Special Tactical Actions Group (GATE) of Military police disarmed countless bombs. Only on Tuesday, in the Água Branca neighborhood, a landfill area, 97 artifacts were detonated explosives remaining. Other explosives were also found in the city and in neighboring municipalities, as Captain Alexandre Tropaldi explains. “Ninety-seven artifacts in total and another 70 emulsion cartridges. Nineteen were found in the municipality of Bilac, in the rural area. There were other artifacts there, they even had traps on the vehicles. The police were isolated until the arrival of the bomb squad”, he says.

“We work with an estimated number of people involved between 30 and 50 criminals. They came heavily armed, with handguns, explosives. They counted on people from the municipality, who live in a rural area nearby. I can’t specify the real time they took, but as it was a very well articulated plan, I’m sure they had months of preparation to be able to trigger this criminal plan”, he said. Investigations are continuing under the command of the Federal police. Civilian and military police are conducting searches in the region with about 380 agents. The activities even count with the support of one of the São Paulo Military Police helicopters.

*With information from reporters Fernando Martins and Mariana Fanti