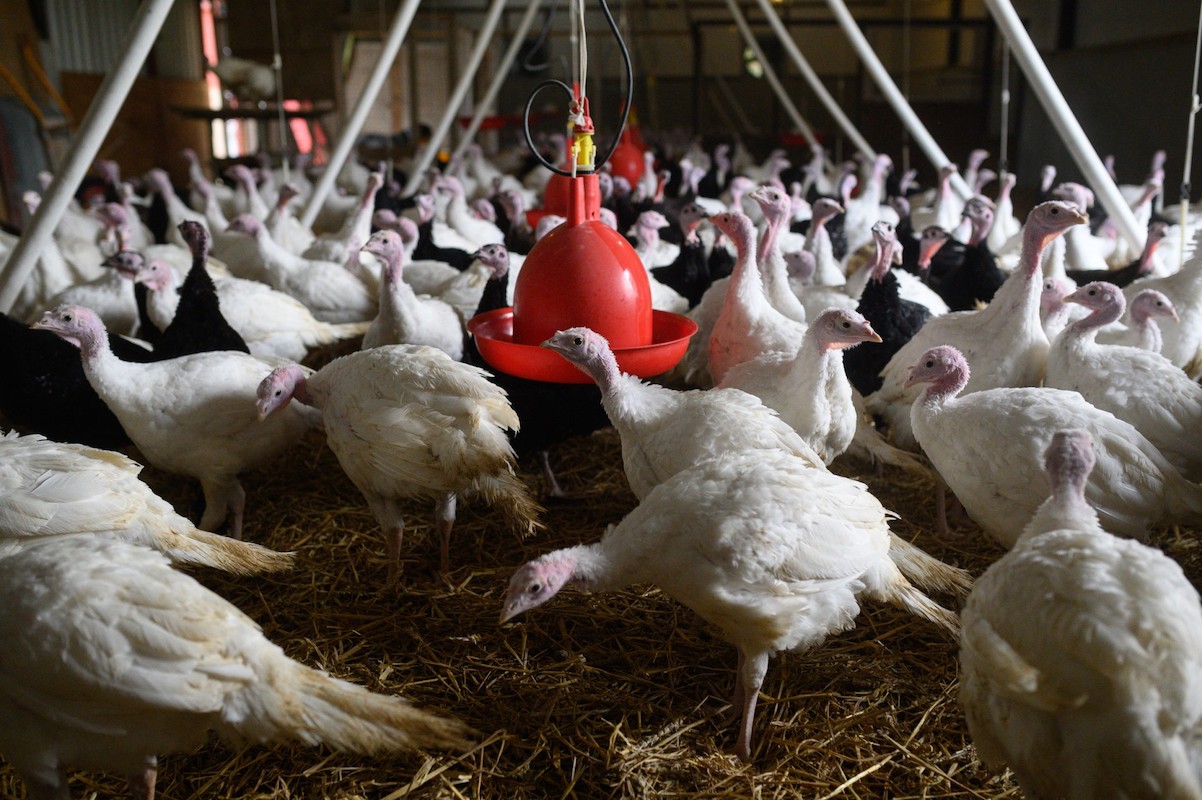 Turkey Farming in the UK

In the UK, there is a shortage of labor in agriculture and turkey farming is being one of the worst affected areas. Demand for the Christmas delicacy has already increased.

At the farm “Flower Farm”, in the heart of the English countryside, concern reigns. In a general context of lack of labor, the owner Patrick Deeley it still does not have enough workers to manage the distribution of Christmas turkeys.

“I don’t know if I’ll find the necessary people to do the work before the parties, the pressure will be strong”, he explains to AFP the farmer from Surrey, in the south of the United Kingdom.

Deeley said that by this height should already have 12 temporary workers to mid-December to be able to help prepare, pack and deliver the birds for Christmas. For more than 15 years, he hired workers who came from the European Union, but this year he has not been able to find anyone interested, he explains.

In addition to the fact that many workers left the sector, or even the country during the stoppages imposed by the pandemic, Deely is convinced that “the Brexit it is also an important factor” in this crisis – “because one of the consequences is the massive loss of European workforce”, he says.

Brexit, which entered into force on January 1st, has made it difficult for workers from the European Union, who now need to obtain a work visa, which is quite expensive, as this is one of the many sectors that have been affected. .

before the shortage of labor in the poultry sector, some farmers have multiplied job ads, but candidates do not appear.

“It’s hard work, you have to work seven days a week,” he explains. Mark Gorton, which raises turkeys in Norfolk, eastern England, and today does not have a single temporary worker, whereas in other years it used to have between 300 and 400.

“We are six weeks away from starting to prepare the turkeys for the Christmas market and we currently have no workers,” he says with concern.

Due to the shortage of labor, some farmers were forced to produce less turkeys this year, with supermarkets also reducing their orders.

“The amount of turkeys has reduced considerably”, Deely said, adding that “the problem is basically the same: there is a huge shortage of skilled labor.”

With news about the situation emerging, consumers are already in a hurry and demand for this product has been increasing earlier than usual.

According to the association of traditional farming fresh turkeys, which brings together 40 farms, most of its members registered a significant increase in orders compared to the same period last year. Some farms even claimed that the orders had increased fivefold.

The risk now is that turkey prices skyrocket. “I think people, unfortunately, will see an increase in the price of the product,” says Deely.

Given that poultry is a key sector of the British economy, the government decided to grant 5,500 three-month visas to attract temporary workers, but farmers fear that the measure will not be enough.