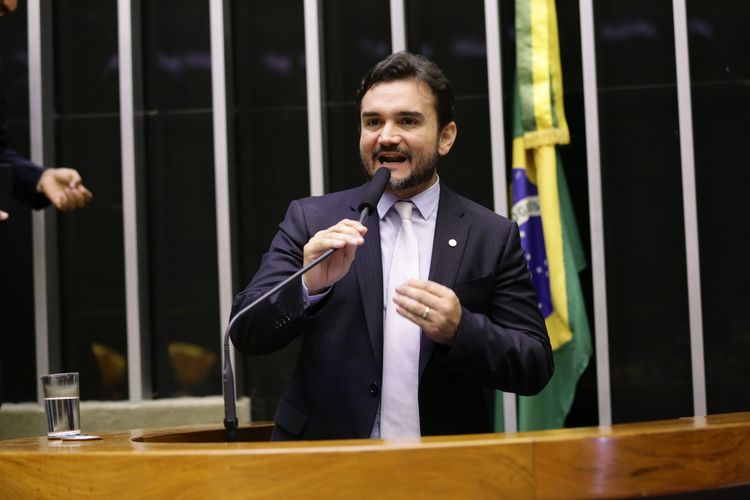 Text presented to Congress leaders also removes taxation on Real Estate Investment Funds and allows for an increase in the exemption base for salaries of up to R$ 2.5 thousand

Michel Jesus / Câmara Agency Rapporteur of the text that provides for changes in the Income Tax, Deputy Celso Sabino (PSDB-PA), presented a preliminary report on Tuesday

The rapporteur of the second stage of the tax reform in the Chamber, deputy Celso Sabino (PSDB-PA) proposed on Tuesday, 13, a 12.5 percentage point cut in the Corporate Income Tax (IRPJ). The measure provides for the reduction of the current charge from 15% to 5% in 2022 and 2.5% from 2023. In the original project, the Ministry of Economy proposed two consecutive cuts of 2.5 percentage points in 2022 and 2023. The text maintains the additional 10% charge for companies that earn more than R$ 20,000 per month and does not change the additional 9% tax on Social Contribution on the Net Income (CSLL). In the current system, the accumulated taxation reaches 34% for large companies. With the change, taxation would drop to 12.5% ​​of Income tax, plus 9% of CSLL, totaling 21.5%. For companies with less than R$20,000 in monthly income, the measurement will reduce the tax from 24% to 11.5% in 2023.

The report presented maintains the 20% tax on profits and dividends, as proposed by the economic team. The measure was the target of criticism from economists and businessmen, who claim that it impacts the increase in taxes, according to the original project for a smaller reduction in the IRPJ. Members of the economic team itself pointed out errors in taxation and even proposed that the rate should be 15%. The deputy also removed the 15% tax on Real Estate Investment Funds (FIIs) proposed by the federal government. The report maintained the expansion of the base of exemption from Income Tax for Individuals (IRPF) for salaries up to R$ 2.5 thousand, as the Ministry of Economy had indicated. The rate will be 7.5% for earnings up to R$ 3.2 thousand, 15% for R$ 4.25 thousand, 22.5% for R$ 5.3 thousand and 27.5% for salaries above R$ 5.3 thousand.

The original text proposed by the government projected the projected increase of R$ 2.47 billion in tax collection in 2022 with the approval of the tax reform by Congress. Data from IRS Released this Monday, 12, showed that the estimate rose to BRL 1.60 billion in 2023 and BRL 2.08 billion in 2024, totaling BRL 6.15 billion over the next three years. The proposal for changes in the tax system was delivered in person by the Minister of Economy, Paulo Guedes, to the mayor at the end of June. The proposal was met with criticism by businessmen and economists, who stated that the changes will impact the increase in the tax burden. Members of the economic team also pointed out errors in the text. According to the tax authorities, the proposals will have a neutral effect.