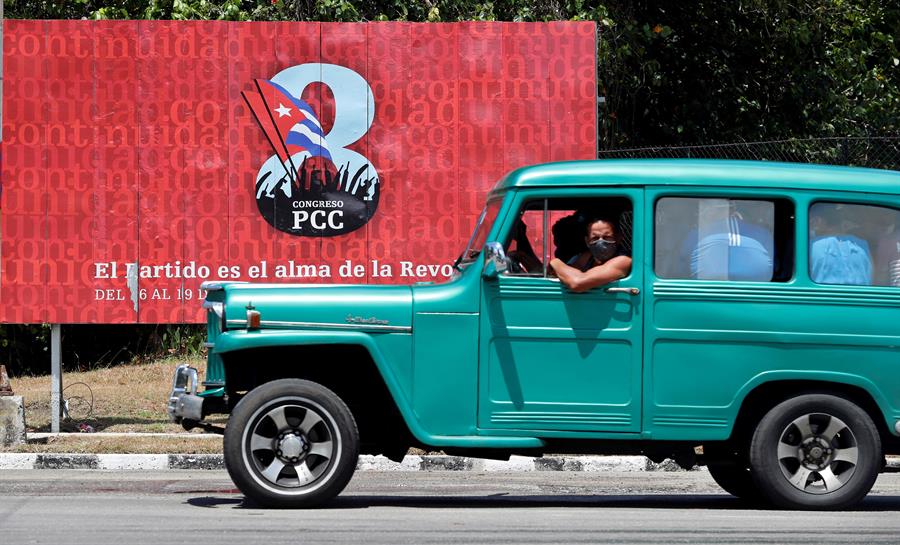 After 62 years under the influence of the Castro brothers, the Caribbean island is in one of its worst economic crises and should continue the process of opening up to private initiative

The political actions that preceded the Cuban Revolution were so full of peculiarities in relation to other communist tendencies that they became known simply as “Castroism”. The word obviously comes from the surname of Fidel e Raul, who acted directly in the guerrilla movement that culminated in the dismissal of dictator Fulgencio Batista in 1959. After 62 years, Cuba it will only cease to be directly influenced by the Castro family this month, when Raúl will retire at 89 and the Communist Party will hold a congress to discuss the future of the Caribbean island: the event started last Friday, 16, and must end at Monday, 19. The expectation is that the meeting will mark the continuity of the Cuban opening process to private initiative in the midst of one of its worst crises. The country’s GDP plunged 11% in 2020, the biggest drop in 27 years, after the pandemic of the new coronavirus paralyzed the tourism, its main economic activity.

The last assembly of the Communist Party of Cuba took place in 2011, two years after Raúl Castro assumed the presidency in the place of Fidel, who had already been in charge of the government for 50 years and had been suffering from health problems. The occasion redefined the country’s political and economic axes. “There have been a series of reforms in Cuba, including several public sectors that have opened up for privatization,” explained Leonardo Paz, a researcher at the Center for Prospecting and International Intelligence at the Getúlio Vargas Foundation (FGV). The expert argues that a milestone in these slow changes was the rapprochement of USA in 2014, when the former president Barack Obama announced the total restoration of diplomatic relations between the countries and a considerable decrease in the economic embargo imposed on the island.

Fidel passed away in 2016 and Raúl left the presidency in 2018, giving way to Miguel Diaz-Canel, but he remained very influential politically because he held the posts of vice president of the Council of Ministers, vice president of the Council of State of Cuba, deputy secretary of the Central Committee of the Communist Party of Cuba and Supreme General of the Armed Forces. With Raúl behind the scenes, Díaz-Canel launched a profound monetary reform through the unification of his two currencies, which resulted in an inflation of at least 160%. Then, it opened almost all economic activities to privatization: only 124 areas remain state-owned, while 600,000 Cubans, equivalent to 13% of the population, now work in the private sector. There was also an evolution in the field of social freedoms with the arrival of cell phones and 3G mobile internet, which allowed access to information previously controlled by the state media. The next step, which has no deadline to happen, will be the creation of small and medium-sized companies and the improvement of non-agricultural cooperatives.

When he retires this month, Raúl will leave a national development plan with goals that go until 2030, but that do not foresee the end of socialism, consolidated as “irreversible” in the Cuban Constitution itself. “There should be no change in the regime as a whole, but a set of reforms needed to keep things as they are. A good example of this is the Vietnam, who is still a socialist politically, but has made a series of economic reforms to open the country ”, explains Leonardo Paz. Even so, the fact that Raúl is leaving the scene does not fail to represent a milestone in the country’s history, which must be open in the medium and long term. “This generational change within politics and the end of the emotional appeal caused by the surname Castro will limit the resistance of an elite that benefits from the current situation in the country. The big question that arises at that moment is how much President Miguel Díaz-Canel is willing to face the part of the population that has little interest in this change. So I don’t think there will be a drastic change, but a gradual one. Not least because there are no people in Cuba today with experience of running a capitalist economy. There is no one who knows how to regulate small and medium-sized companies ”, defended the researcher.

However, relations with the United States, which are crucial to the country’s economic and social development, must remain the same. After Barack Obama’s visit to the island in 2014, there was a period of setback in negotiations during the Donald Trump. At least at first, the situation should not change with the arrival of Joe Biden at White House, which is more focused on resolving the polarization of the United States, fighting the pandemic of the new coronavirus and dealing with Russia it’s at China. “Democrats want Cuba to change more than it is willing to change. For this reason, Cuba is far from being a priority, although there are chances that the relationship will improve over time, ”says Paz. Meanwhile, the population must continue to suffer from the scarcity of goods, since about 80% of what is consumed in the country. island is imported.

Since the beginning of the new coronavirus pandemic, Cuba has registered just over 88 thousand cases of Covid-19 and less than 500 deaths caused by the disease, with a population of 11.2 million inhabitants. Despite not having started a vaccination campaign yet, the Caribbean island has two immunizers – Soberana 02 and Abdala – that are in phase 3 of clinical tests, the last one before requesting the approval of the National Regulatory Agency of Cuba. With that, Cuba could become the first country in Latin America to design and produce its own vaccine against Covid-19.