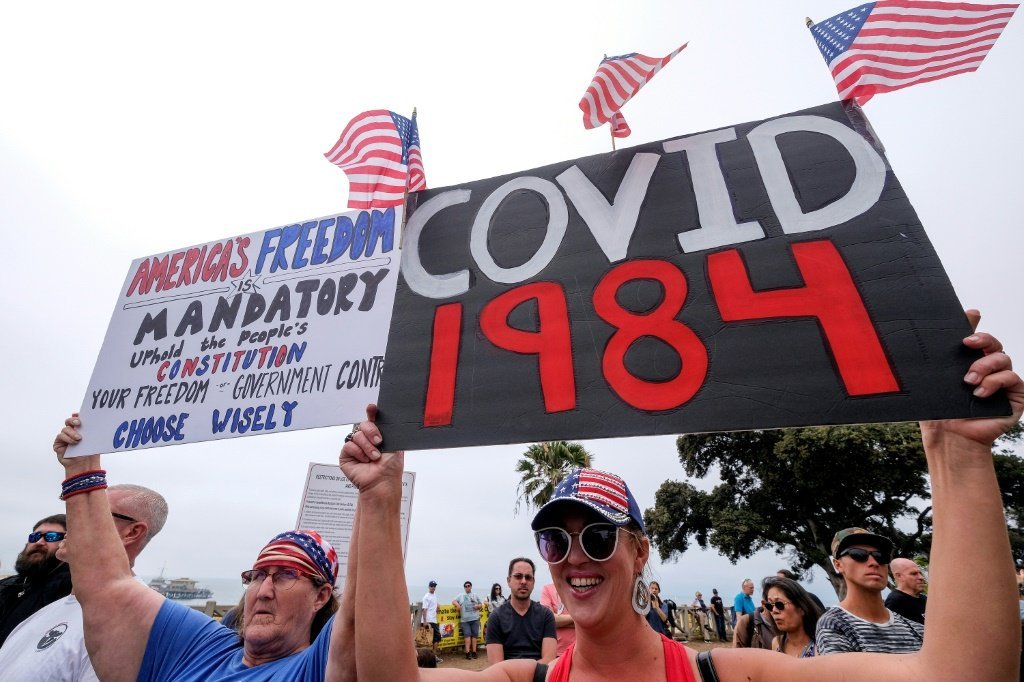 “This looks like a dictatorship,” criticized Republicans in the House of Representatives (AFP/AFP)

The Democratic President’s announcement, Joe Biden, from what to Covid vaccination will be mandatory for two-thirds of workers has generated outrage among Republicans, who intend to sue the country’s government of individual liberties.

“This looks like a dictatorship,” criticized House Republicans even before Biden finished his speech on Thursday. The Democratic president said, “We’ve been patient, but our patience is running out.”

After months of trying to convince Americans to get vaccinated, including with rewards, the president adopted a different tone in announcing his new “strategy”: making vaccination mandatory for about 100 million Americans. “We all had to pay for their refusal,” he said, referring to the 80 million Americans who have not yet been vaccinated, which represent 25% of the population.

This Friday, the wave of indignant reactions from conservatives, who are demanding freedom and threatening to file legal actions, grew. This is an “attack on private enterprise,” countered Texas Republican Gov. Greg Abbott, announcing that he has signed an executive order to “protect Texans’ right to choose.”

“We’ll see each other in court,” the conservative governor of South Dakota told Biden. The Republican Party “will sue this government, to protect Americans and their freedoms,” said party chairman Ronna McDaniel.

Like Ronna, many Republicans say they support the vaccine, but are against mandatory vaccination. Others are skeptical of vaccines.

The pandemic has already killed 650,000 people in the United States. Given this situation, Biden signed an executive order yesterday that will force public servants to get vaccinated in the coming weeks. The order also applies to outsourced employees, employees of nursing homes and schools that depend on the federal government, in addition to the private sector.

Democrats and supporters of the new measures argue that other vaccines are already mandatory in the United States. They also cite Supreme Court jurisprudence and rulings such as that of 1905, which ruled against an American who refused to be vaccinated against smallpox.

This decision, however, applied to the state power, not the federal one. The question now is whether the White House can enforce this requirement via executive order, and the legal battle can be fierce.

The GOP’s demands “are frivolous,” tweeted Lawrence Gostin, a law professor at Georgetown University. The Business Roundtable lobby, which represents the largest companies in the United States, “welcomed” Biden’s policy on the virus.

Asked this Friday about the Republican prosecution threats, Biden was reactive: “Let them try,” he said, saying he was “especially disappointed that some Republican governors acted so lightly on children’s health. this political debate.”