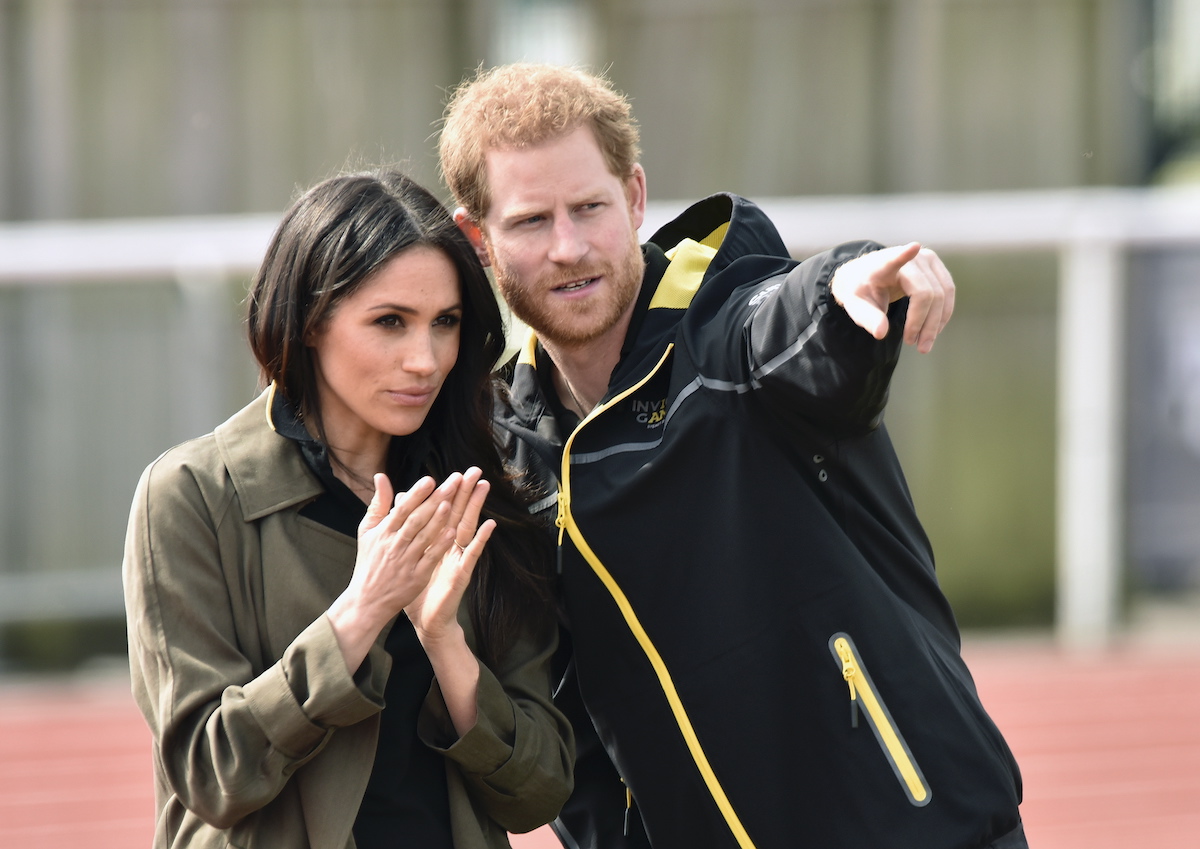 The long-awaited interview by the Duke and Duchess of Sussex, conducted by Oprah Winfrey, was broadcast this Sunday and put the royal family in check. The couple, who gave the first interview since they gave up their royal duties, spoke about suicidal thoughts, their son’s skin color and the feeling of “disappointment”.

In the interview, the Duchess of Sussex revealed that she was “almost impossible to survive” in the British royal family and that she had thoughts of suicide. However, despite repeated requests, did not receive any psychological support.

“I just didn’t want to live anymore. And those were constant, terrifying, real and very clear thoughts, ”said Meghan Markle to the television presenter Oprah Winfrey during an interview with CBS, blaming the aggressive coverage of media British for their psychological state.

The American stressed that she went to the members of the royal institution to ask for help and discussed the possibility of medical treatment: “I was told that I could not, that it wouldn’t be good for the institution“.

“How dark” would be Archie’s skin

The former actress, who is mestizo, also pointed out that members of the royal family had demonstrated concern about how dark the child’s skin color could be Archie when he was born.

The Duchess of Sussex said that in the months leading up to the birth of her son, the Buckingham Palace refused to grant child protection and that the members of the institution considered that Archie should not receive a title of nobility, although that is the tradition.

According to the British newspaper IndependentMeghan, 39, denounced a “real smear campaign” by the royal institution, but declined to reveal who made these comments because “it would be very damaging to them.”

The Duke of Sussex, Harry, regretted that the royal family had not taken a public stand against what he saw as racist coverage by some British press.

Harry is disappointed in his father

But Harry went further, admitting that he felt “really disappointed” by his father, Prince Charles, during a difficult period.

“He had been through something similar. He knows what pain is“, He stressed.

In addition, the Duke of Sussex told Winfrey that he felt “trapped” as a member of the British royal family. “I didn’t see a way out. I was in prison, but I didn’t know I was in prison, ”said Harry, quoted by the same publication.

“Trapped within the system, as the rest of my family is”, continued Prince Harry, adding that his father, Prince Charles, and his brother, Prince William, are also in prison.

“They cannot go. And I have a great compassion for it“, said.

Couple waiting for a girl

The Dukes of Sussex have also announced that they are expecting a girl, whose birth is scheduled for this summer, and revealed that they were secretly married three days before the official wedding date, in May 2018.

During the interview with Oprah Winfrey, in which they talked about their experience before moving away from the British monarchy, the duke and duchess, who have lived in California for almost a year, said the baby should be born this summer and do not intend to have more sons.

Initially installed in Canada, then in the North American state of California, in Montecito, since March, the couple has capitalized on the image of a modern, mixed and humanitarian couple, in a country where their opinion is much more favorable than in England.

Since the move, the couple has created a foundation, Archewell, and has pledged to produce programs for Netflix, for $ 100 million (84 million euros), according to various North American media, as well as podcasts for or Spotify.

In addition, a partnership was announced with the Apple TV + platform, in collaboration with the American presenter Oprah Winfrey.

According to the Wall Street Journal, the sale interview to CBS earned between seven and nine million dollars (5.8 and 7.6 million euros) to the channel “Oprah”, maintaining international rights, a source of meaningful revenue, because a good part of the planet waited for this television event.

The interview with Oprah Winfrey was the couple’s first since they both relinquished their royal duties.

This Sunday, hours before the interview was broadcast, the Queen of England, Harry’s grandmother, addressed the nation during the usual Commonweatlh Day celebrations. The date was marked by the message of Isabel II, recorded from Windsor Castle.

“Next week, when celebrate friendship, the spirit of unity and the achievements of Commonweatlh, we will have the opportunity to reflect on a moment different from all others ”, affirmed the queen, at the beginning of her commemorative speech, broadcast during a special edition of BBC One.

“The moments of trial experienced by so many led us to a deeper appreciation of the mutual support and spiritual support we receive for being connected to each other”, continued Isabel II, quoted by Observer.

“I hope that we can keep this renewed sense of proximity and community”, He also said.

The interview given to American television fell like a bomb in the United Kingdom, shaking the monarchy with heavy accusations of racism, insensitivity and strained family relationships.

For the newspaper The Times, “Whatever the royal family expected from the interview, it was worse”.

“Meghan suffered from suicidal tendencies. She was concerned about her mental well-being. He cried during an official appointment. AND the royal family did not help”, Added the daily, evoking“ harmful denunciations ”.

“The image that emerged is that of a vulnerable couple, who felt trapped in their role [na família real] and that he felt unprotected by the institution”, Continues the newspaper.

For the Daily Telegraph, didn’t get to the royal family “hide behind the couch”. It was a “bulletproof vest” he needed in the interview, which contained “enough ammunition to sink a fleet” and, “possibly, as some fear, inflict the same damage on the British monarchy”.

“Is it fair to say that this two-hour indiscreet interview it is the worst possible scenario for what the couple has repeatedly referred to as the Firm ”, a nickname given to the monarchy, adds the conservative diary, highlighting the racist comments that, according to Meghan and Harry, the son Archie was targeted even before he was born .

Military allegories were also invoked by the television channel ITV: “The couple in practice carried a B-52 bomber, flew over Buckingham Palace and unloaded the entire arsenal on top.”

To the BBC, this “is a devastating interview” that reveals “the terrible pressures within the palace” and sketches “the image of insensitive individuals lost in an indifferent institution ”.

The tabloid Daily Mirror insists on the “immense sadness” of Crown Prince Charles, Harry’s father, and older brother William, while Daily Express denounces “a televised conversation with Oprah that serves their own interests” of the couple, exiled in the United States since the removal of the monarchy in the spring of 2020.