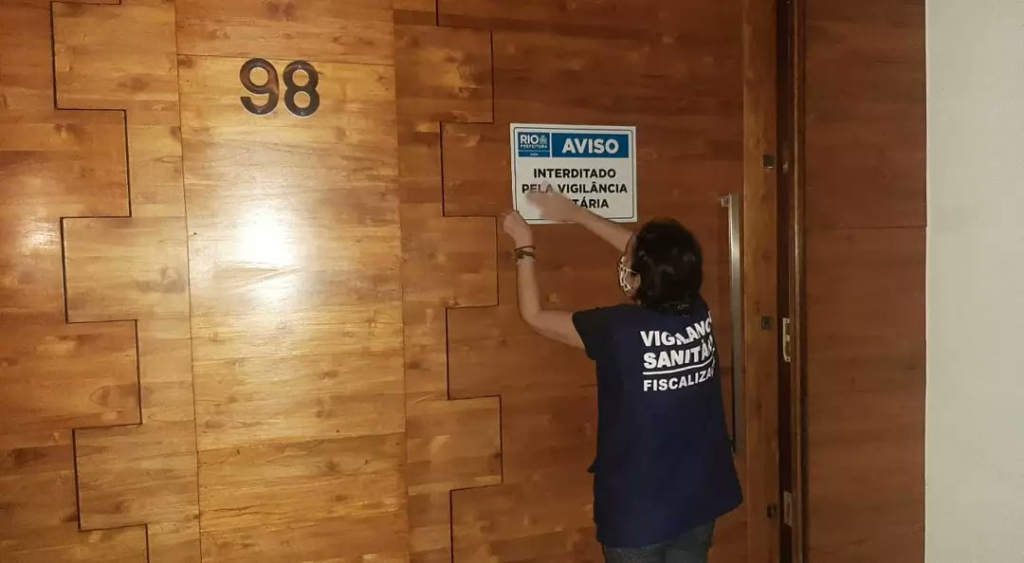 Disclosure/City Hall of RIO de JaneiroSwing house was banned by the Sanitary Surveillance at dawn this Saturday, 17

The Municipal Department of Public Order (Seop) of the Rio de Janeiro closed a party at a swing house in the early hours of this Saturday, 17th, at Barra da Tijuca, West Zone. Upon arriving at the scene, inspection agents found about 300 people present. The establishment was fined and banned by the Health Surveillance indefinitely due to agglomeration. The space was also fined for cigarette smoking indoors and functioning as a nightclub. According to the press office of Seop, since the beginning of the year, 150 events and clandestine parties were closed in the city.

The Public Order Secretariat ended a party at a liberal club this morning, in Barra da Tijuca. Upon arriving at the scene, agents found about 300 people present. pic.twitter.com/HEvIFBT7cD