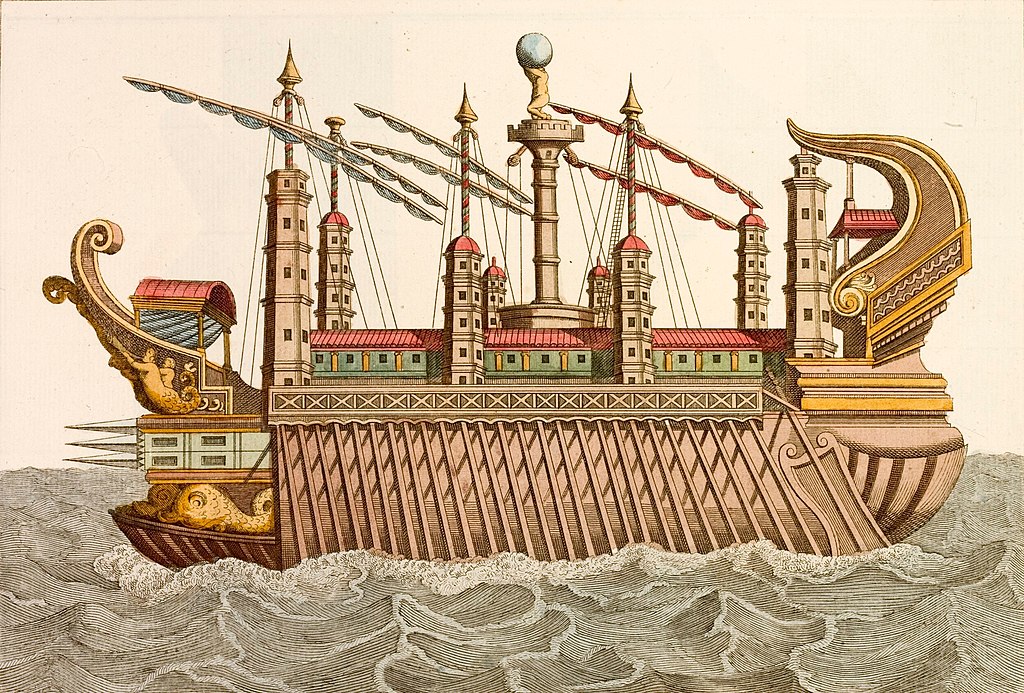 After decades used as furniture by a couple in New York, United States, a rare mosaic more than 1,900 years old has now been put on display in a museum in Italy.

Master Porphyry’s 1.5 square meter mosaic, now on display at the Museum of Roman Ships in the Italian city of Nemi, adorned the floor of the “floating palaces” of the Roman emperor Caligula, large ceremonial ships built around 40 AD

The luxurious ships sunk for centuries in Lake Nemi, south of Rome, were rescued in the late 1890s, it was unknown when the mosaic in question was found in New York under fortuitous circumstances.

In October 2013 on 5th Avenue in New York, in the presentation of a new book by the Italian expert in marbles and precious stones Dario Del Bufalo, he heard two women look at a photo of the mosaic now recovered and exclaim it “It’s Helen’s mosaic.”

“I asked them who Helen was and they told me it was a woman who had this same mosaic at your home on Park Avenue”, Said today Del Bufalo in Nemi, in the ceremony that marked the return of the piece to the Museum of the Roman Ships.

Helen was Helen Fioratti, an antique dealer married to an Italian journalist, who had bought the mosaic in Italy in the late 1970s and sent it to New York, where it was converted into coffee table top.

According to Fioratti, at the time of purchase he was told that the piece came from the collection of an Italian aristocratic family, the Barberini.

In 2017, the Manhattan attorney’s office seized the mosaic and handed it over to the authorities Italian consular offices, having been put on display in Nemi today, together with other recovered artifacts.

At the ceremony at the Museum of Roman Ships, Alberto Bertucci, Mayor of Nemi, today welcomed the return of the pieces, of high cultural value.

“These ships (from Calígula) were like buildings: they confirmed the greatness of the emperor and the Roman Empire ”, he affirmed.