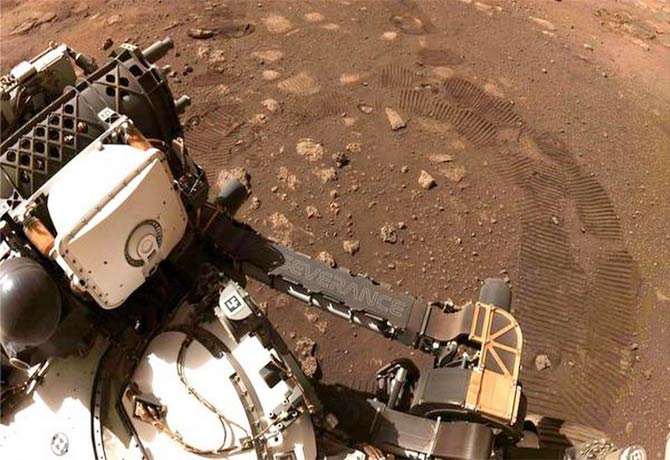 LOS ANGELES: NASA Rover Perseverance successfully completes first test drive to Mars. TestDrive means traveling some distance over the planet’s surface. Scientists believe the journey to a distance of about 6.5 meters before the start of its scientific operation on the aurora is a major milestone. The six-wheeled Perseverance Rover flew 6.5 meters (21.3 feet) in 33 minutes, 4 meters ahead and 150 degrees left and back 2.5 meters, NASA said in a statement. When it comes to wheeled vehicles on other planets, there have been some first-time events that underscore the importance of first-drive, said Anise Zarifan, a perseverance mobility testbed engineer.

He said he was confident with the drive system that he could do whatever he wanted to do on Mars in the next couple of years. NASA has revealed that it expects the rover to travel more than 200 meters per day if research begins. In this mission, the rover will explore the geography of Mars and the past atmosphere. This would pave the way for humans to travel to Mars. The rover landed on Mars on the 18th of last month to explore the existence of life on Mars.