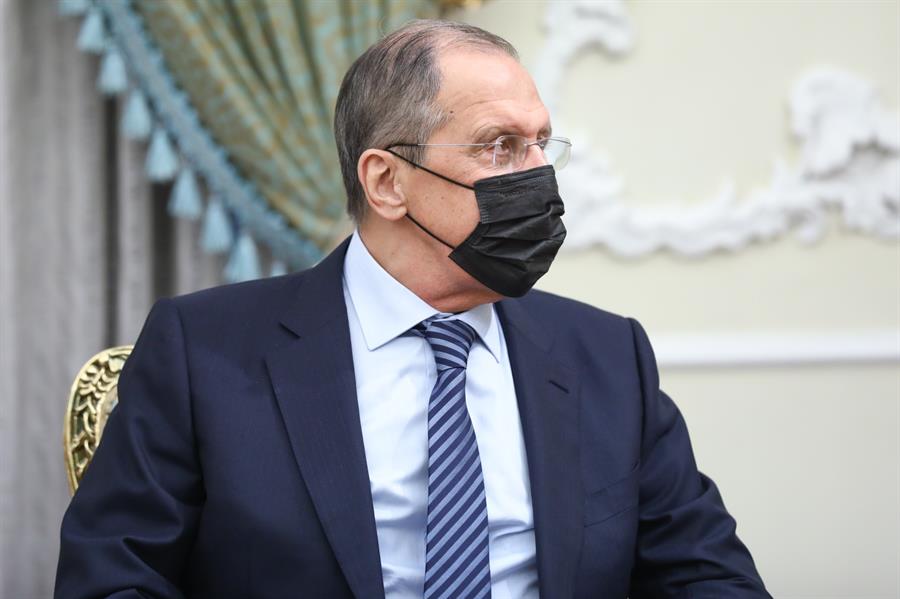 EFE/EPA/RUSSIAN FOREIGN AFFAIRS MINISTRY For Sergei Lavrov, the actions of the United States were “absolutely hostile and gratuitous”

A Russia announced on Friday, the 16th, that it will expel ten US diplomats and adopt a series of sanctions in response to a similar decision taken the day before by USA. Foreign Minister Sergey Lavrov said at a news conference that they were approved by the president Vladimir Putin due to “absolutely hostile and gratuitous acts” against natural and legal persons and the Russian financial system. Among these measures is a “black list” including eight employees who hold positions of responsibility in the White House and the closure of US foundations and non-governmental organizations that interfere in Russia’s internal affairs. In addition, Lavrov warned that if the current “exchange of courtesies” continues, the Kremlin will adopt “painful measures” for US business and reduce the number of US diplomats in Russian territory from the current 450 to 300.

On Thursday the 15th, the United States imposed sanctions on Russia for cyber espionage, supposed interference in 2020 presidential elections and actions in Ukraine and no Afghanistan. On that occasion, the president Joe Biden announced the expulsion of ten Russian diplomats, including members of the intelligence services. In total, the new sanctions for Washington D.C. affect six Russian companies for their cyber espionage activities, 32 Russian organizations and individuals due to electoral interference and eight individuals and entities for the occupation of Russia by the Ukrainian peninsula of Crimea. In addition, the White House has formally accused the Russian Foreign Spy Service (SVR) of having committed the large-scale hacker attack that it allegedly started in 2019 and penetrated into the systems of the US government and large companies through company software. SolarWinds.