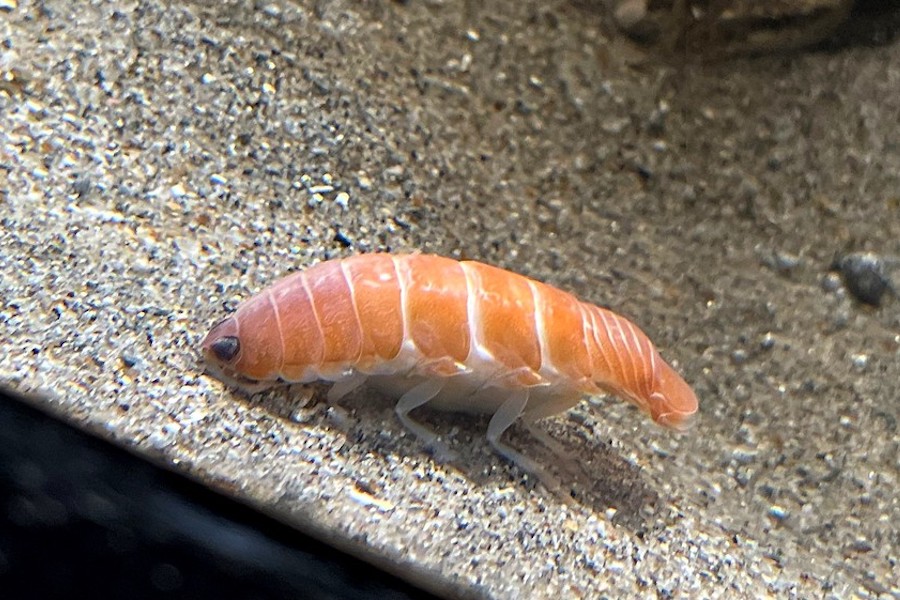 A marine crustacean that can easily be mistaken for a piece of sushi captivated visitors to a Japanese aquarium, turning it into an unlikely star.

Since appearing in Aquamarine Fukushima, at the end of July, this crustacean that most resembles a salmon nigiri has attracted many visitors, says the magazine Vice.

The sushi-shaped creature, which belongs to the genus Rocinela, is a backboneless animal better known as an isopod. It belongs to the crustaceans family and, although less is known about them than the more common crustaceans, such as crabs or lobsters, there are more than 40 species of this genus.

Represented by more than 10,000 species, isopods feed in various ways, some of which eat dead or decaying animals and others are parasites and live in Organs internal organs of other animals. According to the Japanese aquarium, the isopod in question belongs to the last scenario and measures only three centimeters of lenght.

As one of the most diverse groups of crustaceans, isopods live in a wide variety of habitats, from mountains to oceans. This specimen was found in the coastal town of Rausu, on the island of Hokkaido, at a depth of 800-1200 meters.

Unlike its relatives, which usually have a brownish hue, this sushi-shaped crustacean may have acquired its color. thanks to a fish.

“Because they are parasites, we think that maybe the color of the fish it was feeding on could have transferred to its body,” said Mai Hibino, an employee of the Japanese aquarium, who says that since they shared the creature on Twitter, they have received more visitors.

“We received many more visitors who came and said, ‘Wow! It really looks like a piece of sushi!”, commented Hibino to the same website.