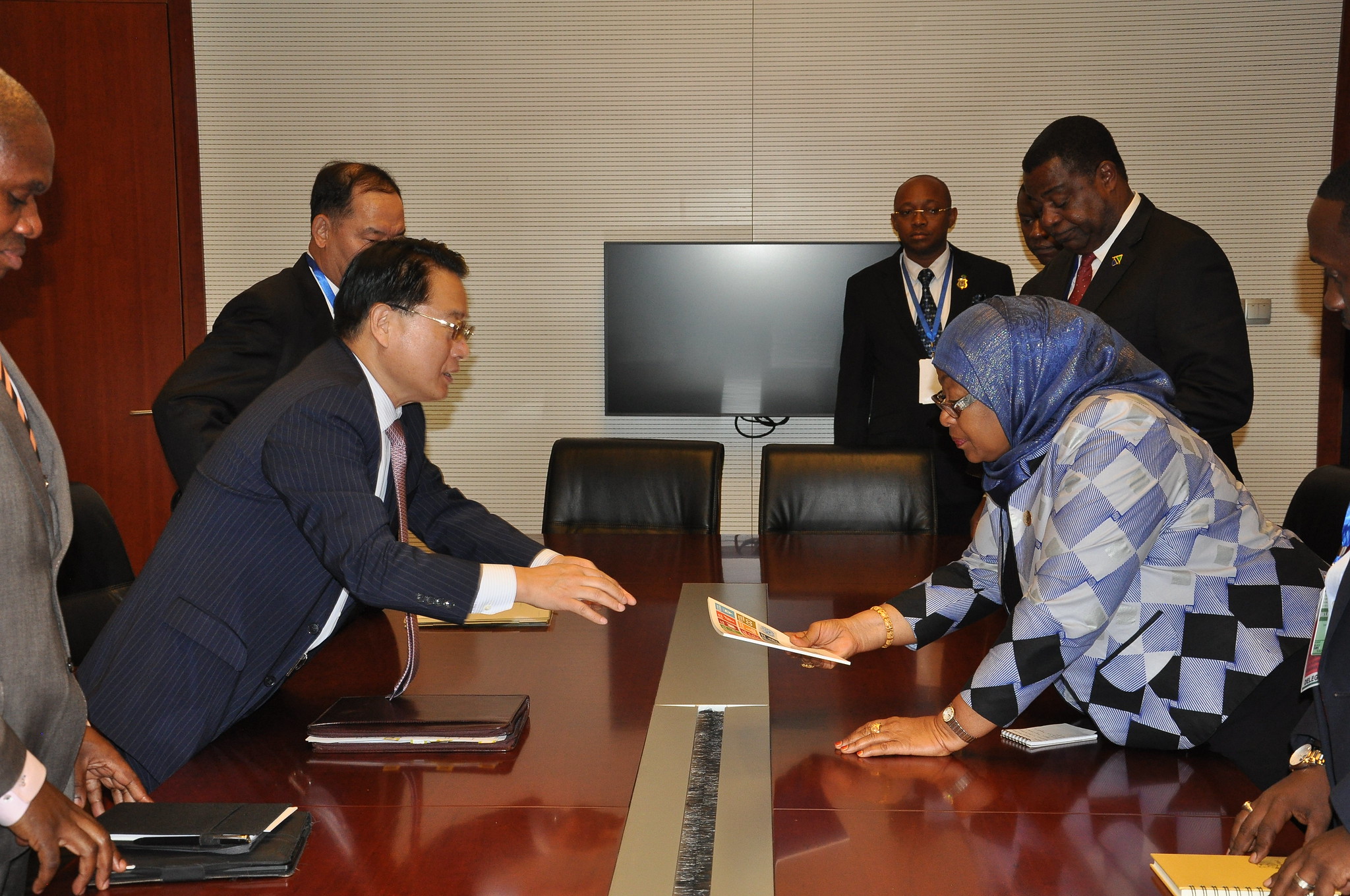 Tanzania’s vice president, Samia Hassan Suluhu, became this Friday the first woman to occupy the post of head of state in this East African country, after the death of Tanzanian President John Magufuli on Wednesday.

Samia Hassan Suluhu Hassan took office at a televised ceremony in the country’s economic capital, Dar es Salaam, in which several members of the Government and former Presidents participated, including Jakaya Kikwete, according to the news agency France-Presse (AFP).

According to the Constitution of Tanzania, the vice president must now hold the presidency of the country until the end of Magufuli’s term, which expires in 2025.

It was precisely Suluhu Hassan who announced the death of Magufuli on Wednesday night, in a speech to the nation that ended weeks of speculation about the absence of the head of state, reelected in October, who had not been seen since late February.

Born in the semi-autonomous archipelago of Zanzibar, whose relations with continental Tanzania are historically strained, Suluhu Hassan was already the first vice president of his country’s history, having run alongside Magufuli when he came to power in 2015.

“I may seem polite and I may not shout when I speak, but the most important thing is that everyone understands what I am saying and that things are done as I say,” said Suluhu Hassan in 2020.

Born on January 27, 1960 in Zanzibar, with a teacher father and housewife mother, Suluhu Hassan is a master in Community Economic Development the Free University of Tanzania and the University of Southern New Hampshire in the United States.

He started his professional career in the Government of Zanzibar, where he worked between 1977 and 1987, performing administrative functions and, later, as responsible for development.

Still in the semi-autonomous archipelago, he joined the World Food Program and, later, he ran the association of local non-governmental organizations (NGOs) for two years.

His political career began in 2000, with the appointment to deputy in the parliament of Zanzibar by the presidential party Chama Cha Mapinduzi (CCM), which still remains in power today. For this party she would be elected to the Tanzanian National Assembly.

Throughout her political career, Suluhu Hassan served as minister. First in Zanzibar, between 2000 and 2010, as Minister for Women and Youth, after Tourism and Commerce, and, at the national level, it was Minister for Union Affairs, under former President Jakaya Kikwete.

After the 2015 elections and with the conquest of the position of vice-president, a role that usually takes second place, Suluhu Hassan was the face of Tanzania abroad, regularly representing Magufuli.

Magufuli died on Wednesday at 61 due to heart disease in Dar es Salaam, the economic capital of Tanzania. According to the authorities, the President had been admitted to a hospital since last week due to illness and “had a heart problem for several years”.

Rumors about Magufuli’s health had been circulating for weeks, realizing that he would have sought medical help abroad, after being infected with the new coronavirus, according to the opposition in the country.

Magufuli era one of the most prominent African denialists the severity of the new coronavirus, having said that Tanzania was “free” from covid-19, due to the prayers of the Tanzanians.

Re-elected in October, Magufuli, nicknamed “bulldozer”, came to power in 2015, promising to fight corruption. His first term was marked, according to many human rights organizations, by an authoritarian drift, repeated attacks on the opposition and the retreat of fundamental freedoms.