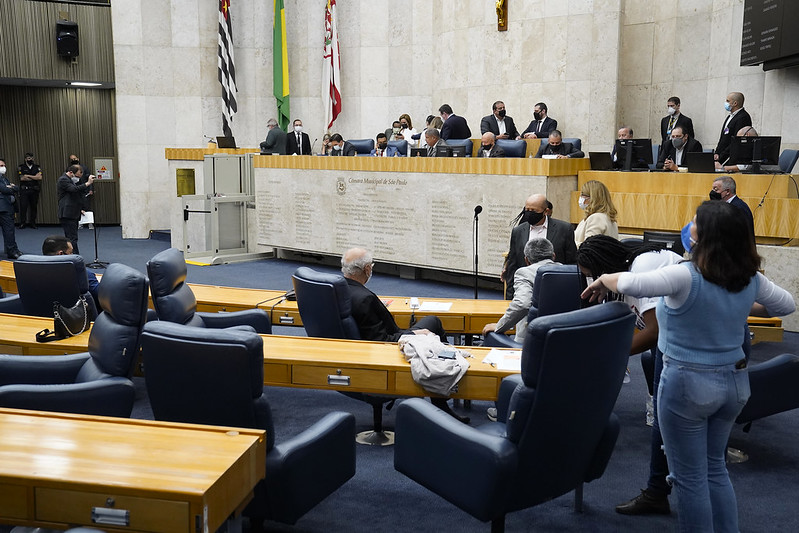 Public servants criticize the proposal of the Ricardo Nunes administration, which provides that retirees and pensioners from the city hall who earn more than one minimum wage will contribute

Public servants in the city of São Paulo took the front of City Council in protest this Wednesday, 13, against the proposal of Social Security Reform of the management Ricardo Nunes (MDB), which provides that city retirees and pensioners who earn more than one minimum wage contribute to social security. Under the current rule, those with salaries up to R$6,533.57 are exempt from contribution. Those who receive above the amount contribute 14%. The leader of the government base, councilor Fabio Riva (PSDB), defended the reform as a necessary action for the sustainability of the municipality’s welfare. “Bitter medicine, but necessary. Important for the servers, who can say today that this is not good, but up ahead they will thank Mayor Ricardo Nunes and the chamber for voting on a project that will guarantee their retirement in the future”, said Riva.

According to the city of São Paulo, for this year alone, the deficit is R$ 6 billion and the accumulated gap would be R$ 171 billion. With the reform, this value would drop to R$ 60 billion. The executive is in a hurry to approve the project. The chamber even installed a special commission to speed up the discussion, changing the main points. The opposition criticizes the speed of voting for the PL and says that a broad debate is needed. Councilwoman Silvia Ferraro (PSOL) criticized the haste in the debate. “The project still doesn’t have a study on it. The study committee was formed last Friday and did not even have the first meeting. And they are already wanting to vote today. We do not have channels for dialogue or democratic channels for popular participation about the project”, said Silvia. After much pressure, the Chamber’s Commission and Constitution and Justice (CCJ) approved the holding of a public hearing on the reform. After nearly 8 hours of heated discussions, the session ended without a vote. The project returns to the agenda today in an extraordinary session. To approve the reform, at least 37 votes from the 55 councilors are required and approval in two rounds.