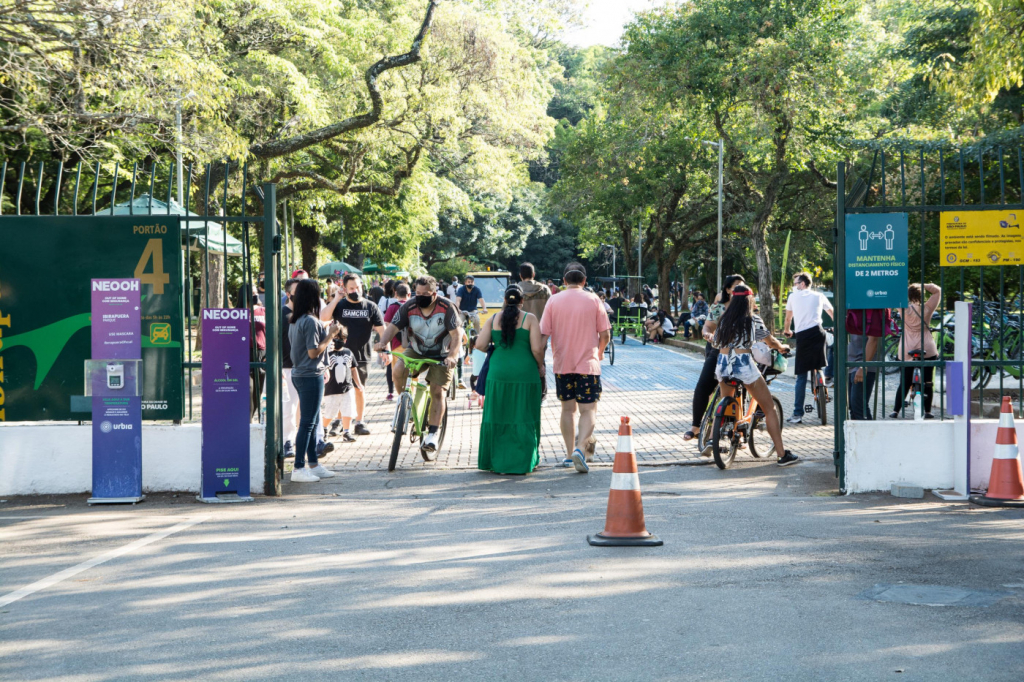 The state’s cultural sector reopened on Saturday, 24; the authorization is part of the transition phase, created by the government to free up the operation of sectors of the economy by the end of April

The cultural sector of Sao Paulo reopened its doors on Saturday, 24. The protocols of distance and hygiene and the restriction of the public and opening hours did not scare away the visitors, who wanted to enjoy the first day of operation. At Picture gallery, tickets for the entire week are already sold out. Many people were so eager to leave the virtual world that they arrived earlier, like Tatiane. “It was one of the things I felt most about this pandemic. I used to go out every weekend after an exhibition, some show. And virtually accompanying a visit to the museum is beyond comparison ”, says Tatiane. Felipe, who had tickets purchased for the day the museums closed in March, also decided to check out the exhibition “OSGEMEOS: Secrets” right away. He took his wife and two daughters. “It’s great. You can tell by the happiness of the children, who were locked up at home for a few days. This exhibition is beautiful and the girls are loving it. All distance, temperature and alcohol gel protocols are maintained. It’s very safe ”, says Felipe

The general director of the São Paulo Pinacoteca, Yohen Volz, says that the place is receiving about 100 people per hour at the moment. “We have a very strict pre-scheduling protocol, wearing a mask all the time, checking the temperature and distance, in fact, within the exhibition space. With that, we guarantee that people can have an experience with culture, which is so essential in such a difficult time. We have to make it enjoyable, but in a safe way ”, explains Volz. In addition to the Pinacoteca, other cultural spaces in São Paulo, such as MASP, the Tomie Ohtake Institute and cinemas also opened their doors. Also on Saturday, parks, restaurants, gyms and beauty salons are back in operation throughout the state of São Paulo. The authorization is part of the transition phase, created by the government to free up the operation of sectors of the economy by the end of April.

On Sunday, 25, with a milder climate, Paulistanos went to the Ibirapuera’s Park to practice physical exercises and walk with the family. Parks in the State of São Paulo are allowed to open from 6 am to 6 pm. Samuel Lloyd, director of Urbia, responsible for the administration of Ibirapuera, told how the movement of the park was during this weekend. “The reopening was very smooth. On Saturday, almost 26,000 people came to Ibirapuera Park, but at staggered times throughout the day. There was not an agglomeration of these 26 thousand people at the same time. This Sunday, about 3 thousand people have already come to do their physical activity and walk with the family. The expectation is that it will be a peaceful day ”, reports Lloyd. In the time that the park remained closed, Urbia replanted about 12 thousand m². “People who are used to coming to the park will find new grassy areas and gardens with flowers”, announces the director. Picnics are not yet allowed and restaurants, with table service, open from 11 am.