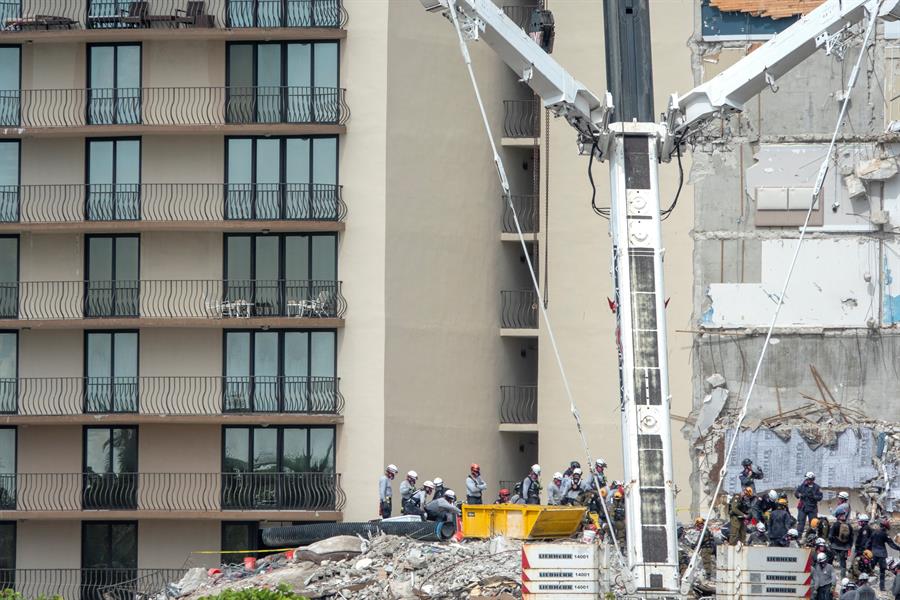 At least 149 people are still missing; more than 1,300 tons of concrete were removed from the rubble and rescuers try to identify bodies found at dawn

the police of Miami-Dade, in Florida, confirmed this Tuesday night, 29, the 12th death recorded in the collapse of a 12-story building on a Surfside beach. The search for survivors of the accident that occurred in the early hours of Thursday, 24, entered the seventh day with more than 1,300 tons of concrete removed from the rubble. According to the Miami Herald, the head of the Israel National Rescue Unit, which helps in the rescue operation, confirmed that more bodies were found in the rubble during the night, but confirmation of the deaths will only be made when the victims are identified. The 12th victim was identified as 92-year-old Hilda Noriega. She was the mother of the North Bay Police Chief, a few miles from Surfside, and lived on the sixth floor of the condominium. In a press release, Commander Noriega thanked the rescuers “who bravely risked their lives to locate his mother and other innocent victims found so far” and asked for privacy to mourn with his family.

Searches for survivors are hampered by the unstable weather in the region, which has seen nearly a week of heavy rain. Large underground fires in the debris have also been recorded since the collapse and the fall of debris from what is left standing in the condominium makes the work of rescuers even more risky. A visit by President Joe Biden and the First Lady of the United States, Jill Biden, to the site of the landslide is scheduled for this Thursday, 1st. The expectation is that the Democrat will talk to families of missing people and congratulate the rescuers for the work done without breaks for almost a week. According to the White House press office, the visit time will be organized in a way that does not interfere with searches on the spot. Firefighters and police have taken 12-hour shifts.