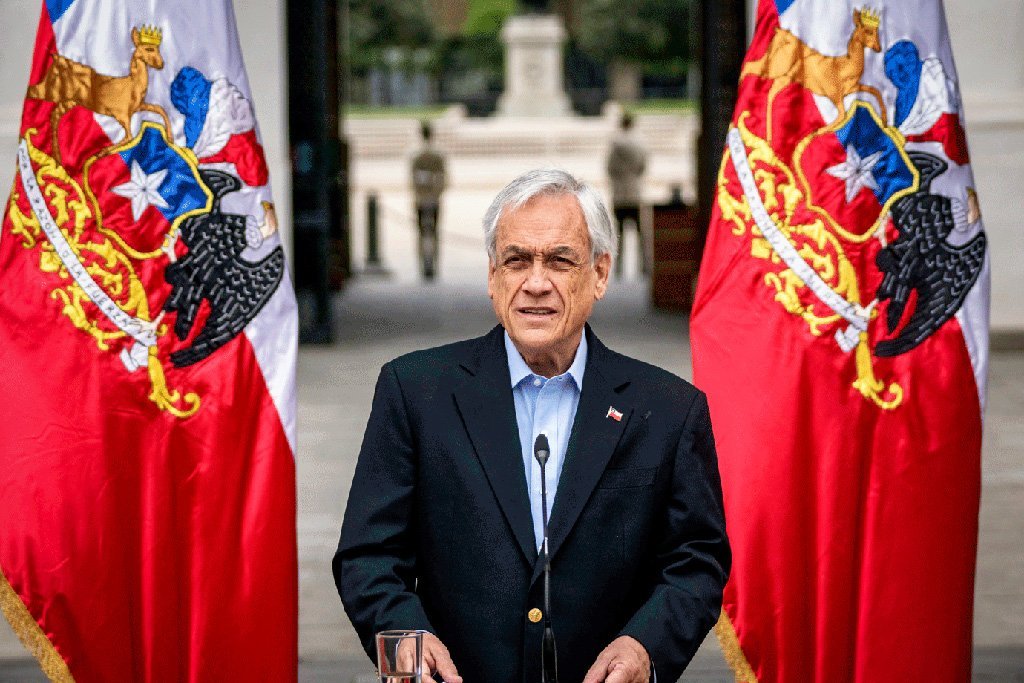 Chilean opposition deputies presented on Wednesday, 13, a request for impeachment against the president Chilean Sebastian Piñera, whose government crisis was intensified by the Pandora Papers revelations.

The Chilean government has been marked by social upheaval, especially after the 2019 protests that led Chile to start rewriting the Constitution, a legacy of the military dictatorship.

Piñera’s name appeared in the Pandora Papers after the sale of the mining company Dominga in 2010 by a company of his sons.

The operation was carried out during Piñera’s first term for $152 million in the British Virgin Islands. The last payment was conditional on “not establishing an environmental protection area over the mining company’s area of ​​operations”.

At 71, Piñera, a skilled businessman whose assets are estimated at 2.7 billion dollars, according to Forbes magazine, reached his second term in 2017, with the theme “Join better times”, something that, almost missing a month to the elections that will choose his successor, sounds like an irony.

Chile has been experiencing four years of social unrest, declining trust in institutions and a profound disconnect between society and the country’s elite, which has historically identified itself as a select group of families with political and economic power.

The Chilean scenario underwent a radical change after the social upheaval of October 2019, when protests caused by an increase in subway tickets ended up incorporating other causes and resulted in a great dissatisfaction with the free market model in the country, in which the State did not it is present in sectors such as education, health and welfare.

The case led the Public Ministry to open a criminal investigation against the head of state and the opposition to present this Wednesday (13) a constitutional indictment against him, the first step of an impeachment process.

In power since March 2018, the president assured that the accusation presented by the center-left opposition, which controls the Chamber of Deputies, had “no basis”.

Piñera may remain in office, but will be prohibited from leaving the country, waiting for the Senate to pronounce itself, where there is greater balance between political forces, and where two-thirds of the votes are needed to stamp his removal.

According to an investigation by local vehicles CIPER and LaBot, which participate in the investigations of the “Pandora Papers”, the mining company Dominga was sold to businessman Carlos Alberto Délano, a friend of Piñera, for 152 million dollars, a deal carried out, in part, in the Islands British Virgins.

Payment would be made in three installments, and the contract had a controversial clause that made payment of the latter conditional on “the non-establishment of an environmental protection area over the mining company’s area of ​​operations, as claimed by environmental groups.”

Piñera’s government, according to the investigation, ended up not establishing this protected area in the region where the mining company operates, which paved the way for the payment of the third installment.

Piñera, for his part, said he had no knowledge of the business because, before his first term between 2010 and 2014, he placed the management of its assets in blind custody.

Days before the October 18, 2019 protests, Piñera claimed Chile was “an oasis” in Latin America.

Deputies from all Chilean opposition parties presented this Wednesday (13) to Congress an indictment to impeach the country’s president, Sebastián Piñera, for the controversial sale of a mining company in a tax haven revealed in the ‘Pandora Papers’ case.

That night, when protests shook Santiago, the president was caught eating a pizza at a restaurant in one of Santiago’s most exclusive neighborhoods. The image of the head of state surrounded by his grandchildren was, for most Chileans, a portrait of the division between a disconnected middle and working class elite.

Surprised by the strength of the social movement, Piñera had to renounce his international aspirations and cancel the organization of the APEC leaders’ meeting and the UN climate summit, COP-25, which would put Chile at the center of world attention in those days.

The protests, in turn, resulted in the convening of a constituent process. An assembly chosen at the polls in May this year is drafting a new Magna Carta, which will replace the one inherited from the dictatorship of Augusto Pinochet, identified as one of the causes of social inequality.

Shareholder and former owner of Colo-Colo

With a doctorate in economics from Harvard University, in the United States, Piñera was already a shareholder in the Chilean airline LAN – today LATAM -, in a television channel and in Colo-Colo, the football club with the largest fan base in the country.

Piñera divested himself of his investments when he first came to the presidency.

Son of a former ambassador, Piñera was the only big businessman to openly oppose the Pinochet regime, and he even aligned himself with the center-left in crucial votes when he was elected senator after the redemocratization.

Married, father of four children and nine grandchildren, he completed his first term with 50% approval. Today, however, it has a negative rating of 68%, according to the latest survey by the Center for Public Studies (CEP), carried out before the disclosure of the “Pandora Papers”.

Get unlimited access to the main analyzes about Brazil and the world. Sign the EXAM.
© Newspaper WordPress Theme by TagDiv