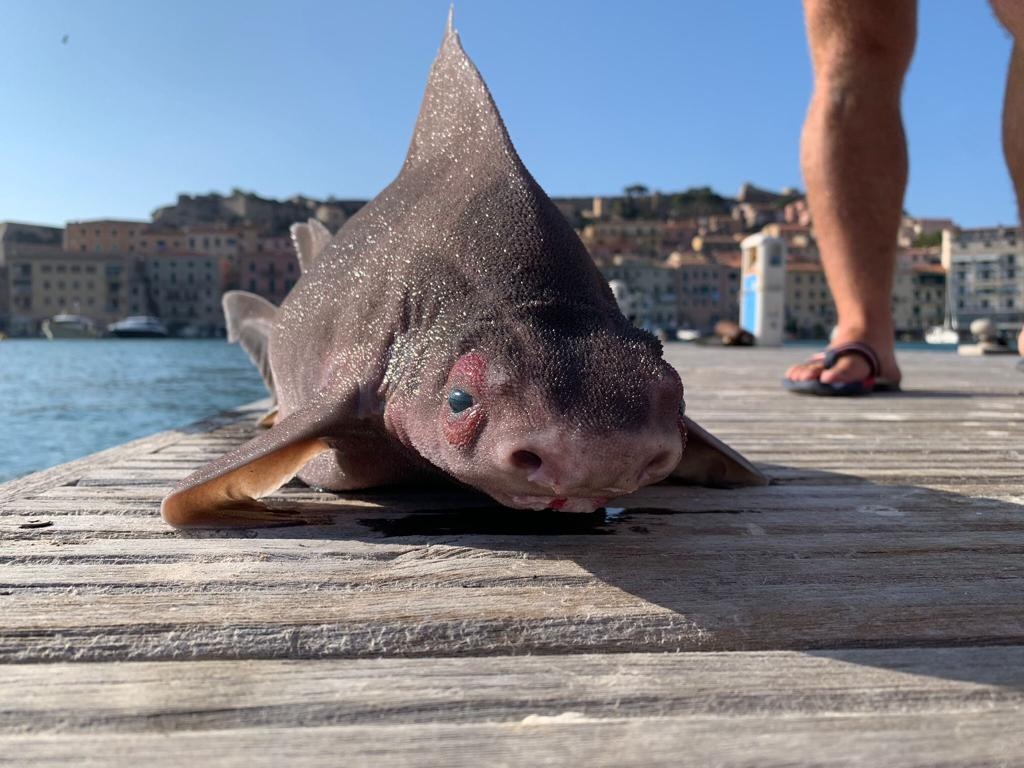 navy officers of the Italy found one ‘pig-faced’ shark in the Elba region, in the Mediterranean Sea. The animal was found a few days ago and was already dead when it was taken from the sea by agents. Known as the rough-angled shark, the animal is nicknamed the ‘pig shark’ because its appearance is similar to that of a mammal and because it makes a noise similar to that of a pig when it is taken out of the water. The animal is found on the Mediterranean coast, the West coast of Africa and in certain areas of the Europe, being able to live up to 780 meters deep. Despite being a carnivore, the shark feeds on crustaceans and small marine animals. Since 2007, it has been considered vulnerable to the risk of extinction according to the International Union for the Conservation of Nature.